Only A 'Big Number' Would See Stoke Sell Irish Teen

The 19-year-old from Kildare has established himself in the Stoke first team this season and has been the subject of transfer rumours this month.

Arsenal, Burnley, Crystal Palace and Manchester United have all been linked with a move for the centre-back.

Burnley have gone to 7.5 for Nathan Collins. Stoke said no.

"The most important thing is that Nathan retains his focus.

"I don’t envisage Nathan leaving Stoke in the near future. It would take a big number for us to do that.

"He’s a developing player. At this point in his career he’s a starting player in our team and he wants to continue to build up a number of games that he’s playing. He doesn’t want, possibly, to leave and be part of someone’s squad as opposed to where he is at this minute in time.

"We have him on a long-term contract and the club has no desire to sell him. It would take a number much greater than the number I’ve seen bandied about.

"He’s fully focused and wants to continue in the rich vein of form he’s been in."

Collins made 14 appearances in the Championship last season. Already this season, he's made 20.

"This season he has really grown," said O'Neill.

"He has taken on the challenge of playing at right-back or right centre-back and I think he’s dealt with it very well.

"He has a lot of areas to develop in of course but the pleasing thing for me is that when he has had downturns or hard performances, he has reacted well to that. He has shown a good mentality to play and a good mentality for the situation.

"I think he’s a player who will continue to develop here.

"I have no doubt that in the not too distant future that Nathan has the capability to play in the Premier League and hopefully that will be for Stoke City and not someone else."

See Also: Conor Hourihane In Form Again With A Cracker For Swansea 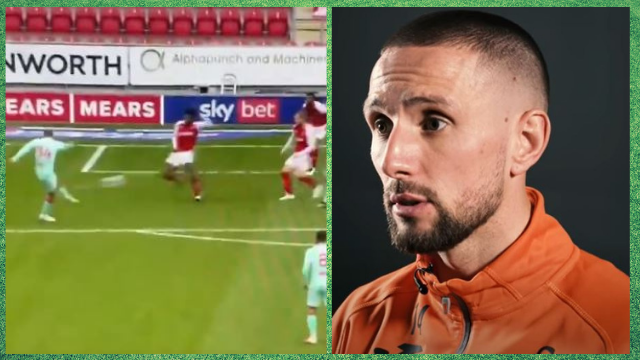