What is going on with Liverpool at the moment?

Their injury issues are one thing, but it's also clear that there are much more deep rooted problems in their squad at the moment.

Jurgen Klopp's insistence on playing an incredibly high line despite the personnel currently at his disposal has caused plenty of issues, with the loss to Chelsea last night being the perfect example. Timo Werner and co continually got in behind the home side's defence with ease and in truth should have added a couple more goals to their tally.

At the other end of the pitch, Liverpool never really looked like scoring.

They are certainly a far cry from the team who were lauded for their ability in front of goal over the last number of years, now looking completely toothless in attack.

Issues such as a lack of confidence and knock-on effects from absences in other areas have played a part, but their current form is far from acceptable. One pundit even thinks that something a bit more 'devious' could be going on.

Speaking to Optus Sport, Michael Owen revealed his theory that Liverpool's goalscoring form has dipped as the rivalry between Sadio Mane and Mo Salah continues to escalate.

He gave the example of Mane not going down despite contact in the penalty area early in last night's game, believing he may have stayed on his feet so Salah wouldn't have a chance to convert from the spot.

I couldn’t believe he didn’t go down there and look, I’m not advocating he does.

It was a great touch and he possibly thought he might get a chance at the end of it ... but he did something similar a week ago (against Sheffield United).

I just wonder, and it might be a little bit of devious thoughts creeping into my head, Mo Salah is the penalty taker in this team, and if he (Mane) thinks he’s getting a chance to score he thinks ‘well I’m going to score, if I don’t stay on my feet, Mo Salah’s going to get another penalty’...

These players have been going for the golden boot for the past couple of seasons.

It might be a wild sort of theory, but the competitive nature of him and Mo Salah...we’ve seen them not passing to each other when one of them is in a much better position to the other.

I just think a couple of times there, I’ve seen Mane go down for those kind of opportunities...and (to not do it) two games on the spin? It just made me think a little bit.

A fairly mad theory alright, one we can't imagine there is much truth to.

We would love to see Jurgen Klopp's reaction if this question was put to him in a press conference. 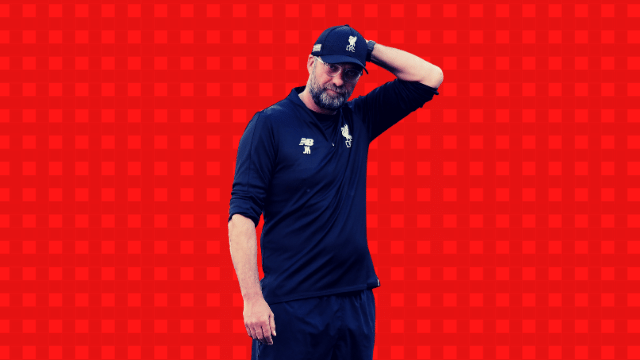