Off-field sagas and on-field success, Mick McCarthy's second stint as Republic of Ireland manager bears some similarities to his first.

In saying that, this time he maintains the associations' ongoing political storm will have no bearing on his team's prospects moving forward. McCarthy maintains a placid demeanour as he discusses recent developments within Irish football, but there is no mistaking his joy at the long-awaited return of Everton's James McCarthy. 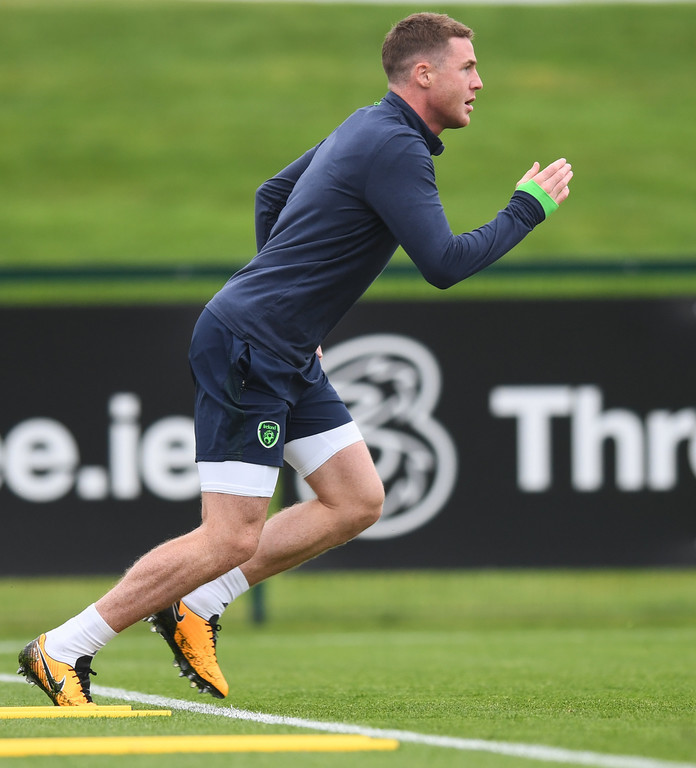 While McCarthy can call on the central midfielder for the upcoming European Championship qualifiers, his wait for Patrick Bamford lives on. The Leeds United striker is eligible for Ireland but has had more pressing matters to deal with when asked if there had been any developments on the matter, the Irish manager was assertive.

Zero. No. Told me he wanted to concentrate on his football so I let him do that and he wanted to finish his season because he'd been injured. Let him concentrate on that. He has not got a chance of being involved in the summer, because he hasn't got his passport or his papers or whatever it takes to do it.

So the only chance he's got is if he tells me at the end of the season and it could be September, October, November.

As far as a future with the Republic of Ireland is concerned, the onus is on Patrick Bamford: "I think I've reached plenty. I've left it with him to decide. If he wants to do it then he can."

Closer to home, the Ireland manager was in Tallaght Stadium midweek to watch Shamrock Rovers take on Bohemians in the Dublin Derby. McCarthy, as well as his assistant manager Robbie Keane and U21 boss Stephen Kenny,  were amongst a record crowd that turned out to witness the 1-0 win for Bohs. 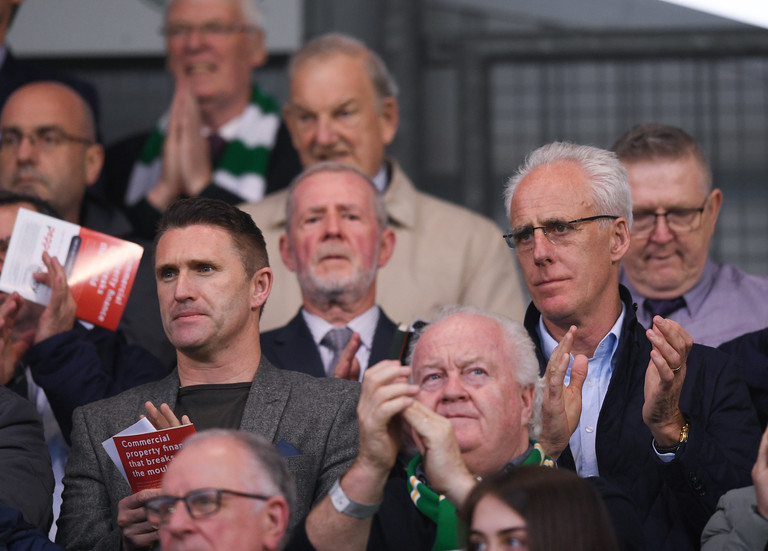 Despite two red cards for the home side threatening to spoil the game, two players still managed to impress.

"I’m there to watch players and they just don’t play the same when it’s 11 versus nine. It cocks the game up completely for me.

“Danny Mandroiu, I thought… he’s got something. Jack (Byrne) barely had a kick to be quite honest. He was chasing the ball most of the time, and I felt for him. I do like the 10 (Aaron McEneff). He’s impressed me a couple of times for Rovers."

As well as the domestic developments, Seamus Coleman has given several superb showings, Shane Long is back in form while in the Championship Enda Stevens and David McGoldrick are both spearheading Sheffield's drive for promotion.

A case of a future full of promise, footballing-wise at least.

Football
3 weeks ago
By Gary Connaughton
Mick McCarthy Full Of Praise For Cardiff Player After Ireland U21 Call-Up
Football
2 months ago
By Andrew Dempsey
How Mick McCarthy Ended Up Naming His First Ireland Starting XI At An Inchicore Pub
Football
3 months ago
By Eoin Harrington
What If EURO 2020 Had Actually Taken Place In 2020?
Previous Next

Football
3 weeks ago
By Gary Connaughton
Mick McCarthy Full Of Praise For Cardiff Player After Ireland U21 Call-Up
Football
2 months ago
By Andrew Dempsey
How Mick McCarthy Ended Up Naming His First Ireland Starting XI At An Inchicore Pub
Football
3 months ago
By Eoin Harrington
What If EURO 2020 Had Actually Taken Place In 2020?
Popular on Balls
Football
18 hours ago
By Eoin Harrington
Watch: Caoimhín Kelleher Penalty Save Helps Liverpool Through To EFL Cup Fourth Round
Football
21 hours ago
By Jonathan Byrne
The Battle Of Old Trafford: Roy Keane On Why Arsenal 'Crossed That Line'
Football
22 hours ago
By Andrew Dempsey
Shay Given Reveals 'Horrendous' Contract Offer That Forced His Celtic Departure