A useful warm-up or a mild inconvenience? Ireland's friendly versus New Zealand dwindles in the shadow of the Denmark challenge next week but there is, at least, some excitement with the news that Troy Parrott, Lee O'Connor and Jack Byrne will all be handed starts by manager Mick McCarthy.

The fact that they will do so means it is "unlikely," they will get a game for that crucial European Qualifier on Monday according to the Ireland boss. The same goes for the rest of tomorrow's starting team.

"Probably not unless there is a position I really needed one. I think it is important they get a week."

"Somebody could become ill, miss the game. Who knows?" 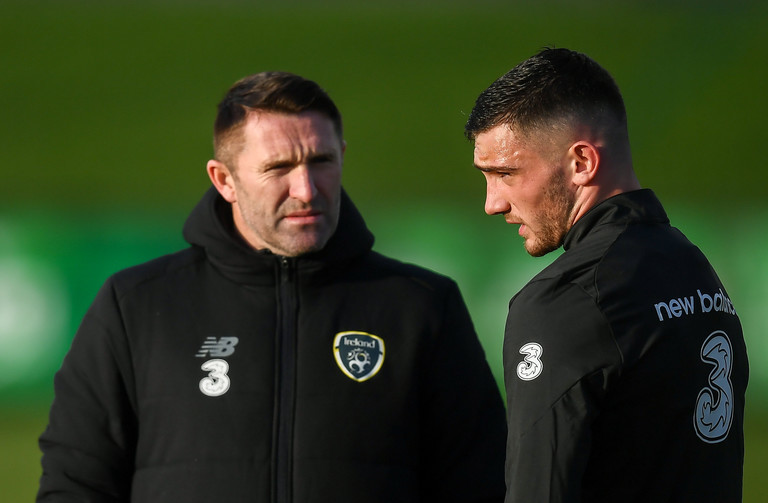 Tottenham striker Troy Parrott debuting at 17 is a prospect his international coach, Robbie Keane, will be familiar with having done similar at 18. McCarthy is hopeful the work they have done together on the training field will stand to the striker come Thursday at the Aviva Stadium.

While he remains clear it will take time, some brief glimpses in training hinted at what is to come from the youngster for McCarthy.

"Something yesterday when a ball came into him he turned and got his shot off which was terrific. You could see from that one cameo he has got something special."

With the debut comes the traditionally singsong, although the Yorkshire man is not quite as excited at the prospect of that.

"He has got a song to sing, he is making his debut. What did he sing last time, One Direction. He has promised he won't do that again!" 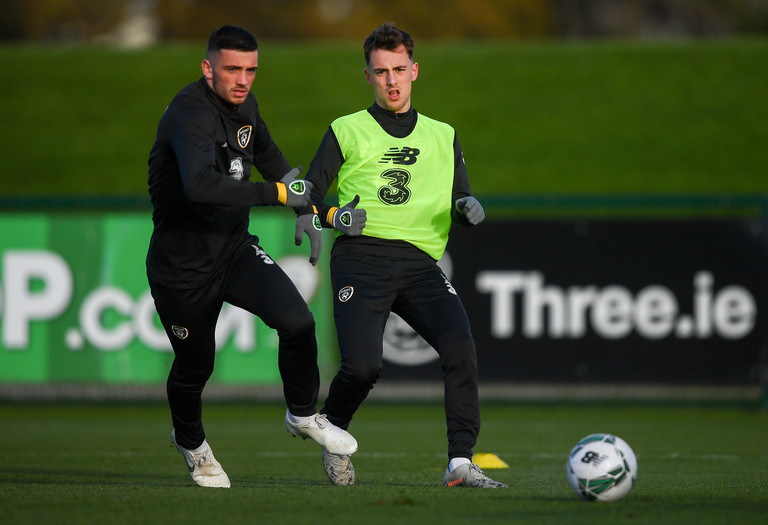 Celtic defender Lee O'Connor, who misses the U21s game versus Armenia due to suspension, will also start in a back four, with Seamus Coleman suspended and Matt Doherty to be rested. In goals, Mark Travers and Kieran O'Hara will share duties and in the middle of the park, Shamrock Rovers midfielder Jack Byrne will make his first competitive start.

The manager is hopeful he can demonstrate more of what made him the PFAI Player of the Year.

"I want him to do what he does for Shamrock Rovers. He gets hold of the ball, he passes it, he creates chances. He keeps it moving. He recycles it for others and doesn't give it away. His free-kicks and corners delivery are good. His penalties are excellent having seen the one in the cup final.

A showcase of what is to come rather than an opportunity to stake a claim for a spot come Monday. The players who perform on Thursday probably won't define the Mick McCarthy era, but they could decide the next one.

Football
3 months ago
By Balls Team
'They Suspended Me Again For A Tweet: Two Emojis They Said Referred To The Club'
6

Football
4 months ago
By Michael McCarthy
Did Jack Byrne Do Enough To Force His Way Into Irish Squad For Slovakia?
Previous Next