Mick McCarthy Opens Up On Details Of Call With Declan Rice

Mick McCarthy has said that he knew Declan Rice would not be committing to an international future with Ireland when the West Ham midfielder did not contact him within an allotted time following a meeting between the Ireland manager, his assistant Robbie Keane and the player.

The parties met late last year with McCarthy saying he was initially hopeful after meeting with Rice. However, the 20-year-old announced a fortnight ago that he would be switching his allegiance to England.

"Having had that meeting, he was to tell me [his decision] in a couple of weeks, on the Monday," said McCarthy, who was speaking on Wednesday at the launch of the FAI's new three, five and ten-year Premium Level tickets.

He still hadn’t made his mind up. From that day onwards, I’ve pretty much known he wouldn’t be staying with us.

And despite the fact that I’ve sat down with all the press guys and outlets and said ‘I’m still hopeful’ - I was, but I wasn’t going to say that openly as it would be like me driving him away.

I didn’t think he would be staying with us. I thought he had made his mind up, and he was waiting until the appropriate moment to tell us, whenever that was.

McCarthy said he was not frustrated that it took Rice so long to announce his decision. 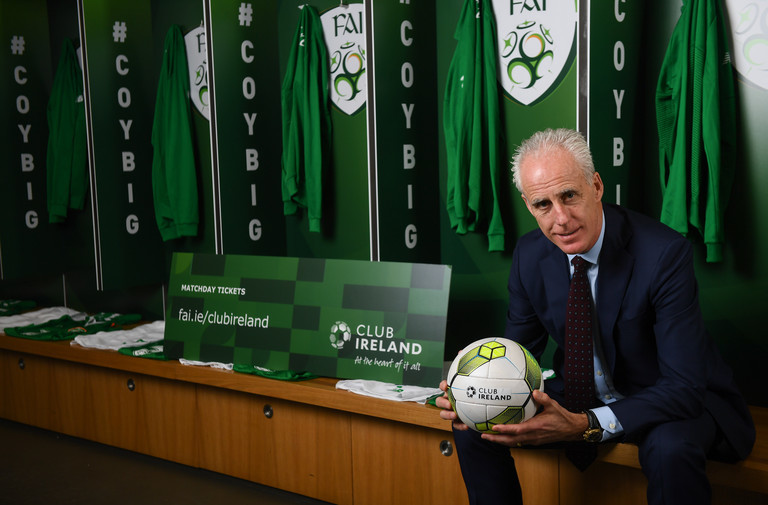 "I was just pleased when he told me," said McCarthy.

"That’s what he said to me. ‘Mick, it was an honour’ and I said ‘hold on, I don’t want to hear that, if you’re not playing for us then crack on, good luck’.

"That’s what I said and I thought I was a little bit curt at the time, so I sent him a nice text to wish him good luck.

Republic of Ireland manager Mick McCarthy in attendance at Aviva Stadium where the Football Association of Ireland (FAI) launched its new 3, 5 & 10-year Premium Level tickets - “Club Ireland” - ahead of the Republic of Ireland’s EURO 2020 qualifying campaign kicking off next month with Georgia coming to Aviva Stadium on Tuesday, March 26th. Priced at €5,000 for a 10-year ticket and with 5 home international games guaranteed each year, the FAI believe they represent the most keenly priced Premium Level season ticket in Irish sport.

See Also: Steve Clarke Rules Himself Out Of Running For Celtic Job

Football
2 months ago
By Gary Connaughton
Southgate Addresses The Elephant In The Room Ahead Of Ireland Game
Football
8 months ago
By Balls Team
McCarthy Called Declan Rice To Apologise After Initially Being 'Curt'
Football
1 year ago
By PJ Browne
Roy Keane Didn't Hold Back When Asked How Declan Rice Could Improve
Popular on Balls
GAA
22 hours ago
By PJ Browne
'Sport Gave Me An Outlet. It Gave Me Something To Channel That Anger'
Football
8 hours ago
By Donny Mahoney
Report: Shamrock Rovers Wunderkind Kevin Zefi Very Close To Move To Inter Milan