Will this be a legacy-defining week for Mick McCarthy and his second stint as Republic of Ireland manager? The man himself certainly hopes so, "in a positive sense."

A friendly against New Zealand will function as the appetizer for next week's main event. Of the selected squad, only Brighton striker Aaron Connolly turned up for training with a doubt over his participation. The 19-year old is going for a scan on Monday afternoon after he was taken off injured during his side's loss with Manchester United on Sunday.

McCarthy made it clear he will be making use of his entire squad, with a blend of fresh and experienced faces set to line out on Thursday.

"I will be selecting from the squad. There will be some who are playing on a regular basis, but they won't be playing all the game, that is for sure. Bearing my mind we are playing our most important game since I came back, of this campaign. I want them to be fresh." 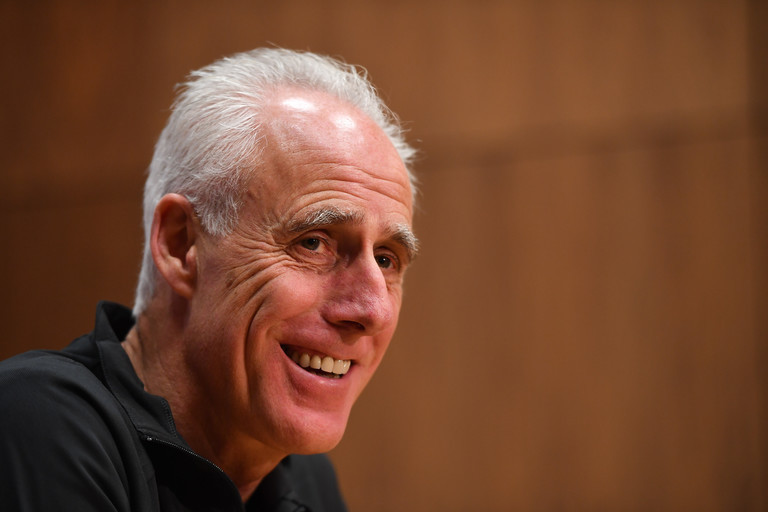 Amongst those new faces are Ireland U21 prospects Lee O'Connor and Troy Parrott. The Ireland manager already explained he young players will feature this week and that includes this pair.

"They are the young ones, so every chance yeah. Jack (Byrne) will be involved, he will play some part of the game. I expect they will be playing."

Troy Parrott's inclusion came after several strong showings with the Ireland U21s as well as his progress with Tottenham. The call-up was something that had the 17-year old beaming when he arrived in Dublin.

"He is thrilled to be in the squad. He had a smile from ear to ear when he came in last night."

This week is a prime opportunity for the senior boss to learn more about the young striker's attitude and character.

"Let me see him train today. I have seen him walking out and I had a bite to eat with him. I can't really judge."

Yet with the Denmark clash looming on the horizon, Thursday could operate as a final chance to stake a claim for some players pressing for first-team action.

That doesn't necessarily mean a positive performance will be enough. There is a huge difference between the meaning of each game and McCarthy did stress that.

"Quite clearly it doesn't have the same importance. I know that the players know that. I've been there, I know that."

There is scope for them to do themselves a whole load of good, that is for sure. Whether that transmits to Monday we will find out. Let them get in, let them play well.

Another man who can expect some game time is centre-back Ciaran Clark. The Newcastle United defender's recent form earned him a recall and some praise from an impressed McCarthy. 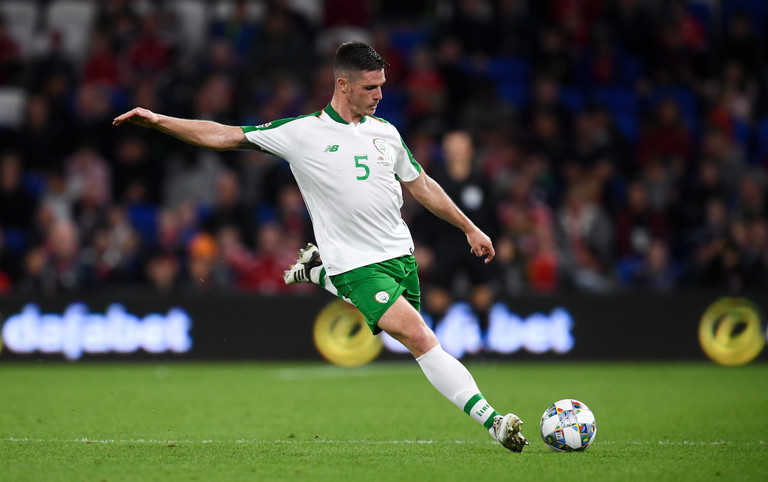 "I went to watch him at West Ham he played very well. I thought Newcastle were brilliant to be quite honest. Scored a couple of goals.

"He is not somebody that I need to watch, he is not like a new player I have just found. I know Ciaran, he was in my first squad. He has been injured. It is just the fact he is back playing."

As for the formation, Ireland will start with a back four. The hope is that a win against the All Whites will be the ideal springboard for the European qualifier next week, but as well as a result, McCarthy hopes Thursday will provide some selection headaches for next week.

"Apart from a result, a performance. The performance of any young player that might get a cap, might get a game. See how they play and respond to playing in the first-team."

SEE ALSO: Kenny Calls Up Five To Ireland U21 Squad As Several Players Ruled Out

Football
4 weeks ago
By Gary Connaughton
Mick McCarthy Full Of Praise For Cardiff Player After Ireland U21 Call-Up
Football
2 months ago
By Andrew Dempsey
How Mick McCarthy Ended Up Naming His First Ireland Starting XI At An Inchicore Pub
Football
3 months ago
By Eoin Harrington
What If EURO 2020 Had Actually Taken Place In 2020?
Previous Next