Considering the recent form of the Ireland team, it is not difficult to understand why many supporters are reminiscing on the days when our national team could compete at the highest level.

It may have been the best part of 30 years ago, but that period is still remembered fondly by those who were around for it.

They will have another chance to look back on them tonight, with Finding Jack Charlton airing on Virgin Media One at 9pm tonight. The documentary looks back on the story of Jack Charlton, as well as his battle with dementia later in life.

It will certainly be an emotional watch.

After that, you can tune into Jackie's Army, where a number of players from the Charlton era share their memories of the great man.

That includes Mick McCarthy, who recalled a brilliant story from a game against Northern Ireland in Belfast.

Mick McCarthy's story of how Jack Charlton handled a hostile crowd in Belfast 🤣#JackiesArmy tonight at 11.15pm on Virgin Media One. pic.twitter.com/zKWKZfLb7t

All the players that played for him did, I certainly did and other players have said so.

The story that I always remember is when we were playing in Belfast and the fans behind the dugout were giving his dog's abuse, giving him yars.

He took a cigarette, put it in his mouth, leaned up on the fence and asked somebody if they had a light. There was about 30 or 40 blokes who couldn't wait to get their hands in their pockets to give him a light, and they all stopped giving him abuse.

He just lit it up, said 'cheers' and turned around. You just had to like him, he was a brilliant fella.

You had to love him.

SEE ALSO: Brian Kerr Lays Out Long-Term Cause Of Defeat To Luxembourg 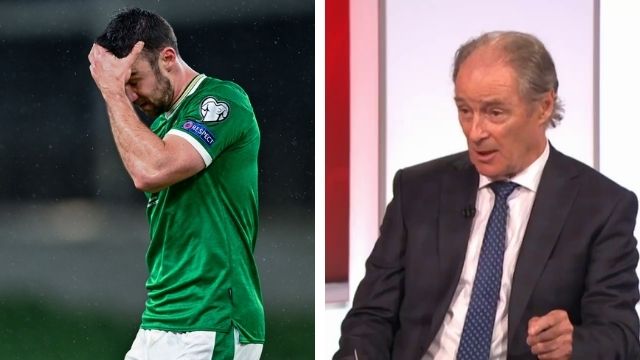