Mick McCarthy spoke with Jack Charlton on the day after his 85th birthday in May.

McCarthy played under Charlton at Euro 88 and Italia 90, captaining Ireland in the latter.

"I loved the bones of the man, I am devastated with this news and my heart goes out to Pat and the family,” McCarthy told FAI.ie.

"Jack’s passing will touch Ireland, England and the football world but the loss to football will be felt in Ireland more than anywhere else.

"English fans will always remember Jack as one of their World Cup winners in 1966 but what he did with Ireland will, I suspect, mean even more to our fans and the country.

"He turned a really good team into a team that qualified for tournaments and made an impact at them. He changed my life, he changed everything for all of us who played for Ireland and just look at the memories we have.

"We will always have Stuttgart and Genoa and Giants Stadium thanks to Jack. That’s how we will remember him, with a great big smile on his face. I know this is a sad day but we will remember the great days as well.

"I did speak to him very briefly the day after his birthday but it was difficult due to his health. I told him I loved the bones of him that day and I always will." 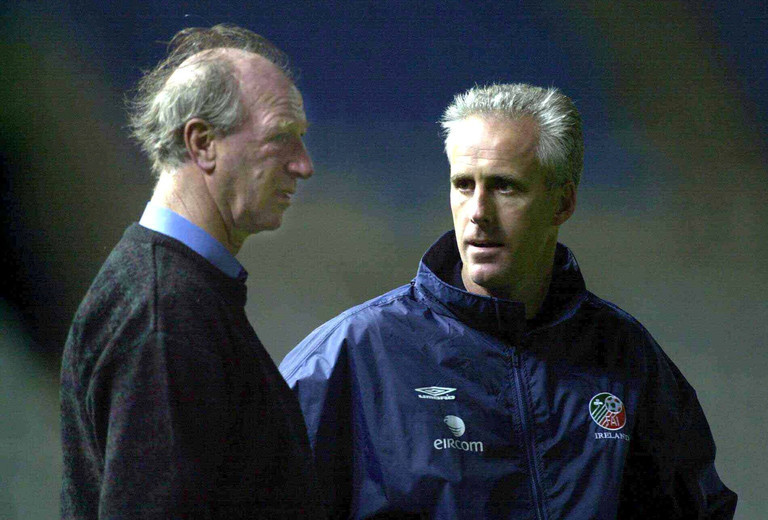 Speaking on Talksport, McCarthy said he learnt much from Charlton during Italia 90, especially how he dealt with the media.

"I remember going into press conferences at Italia 90 when I was captain," said McCarthy.

"I was always fascinated with how he dealt with them. Some people would think he was really blunt, I thought he was great; they asked him a question and he gave them an answer. I learnt a lot from him in that six weeks away.

"He was tactically brilliant. He set us up when we got the job initially. He told us how we should play, each and every one of us. If you didn't do it, you didn't play. He'd have no hesitation in hooking you off the pitch. He got much maligned because we were a direct team. We played in the opposition half, that's all. We have terrific players and he got the best out of each and every one of us.