Jim Crawford has named his Ireland U21 squad for the upcoming international break, with a number of eye-catching names included.

The likes of Ryan Johannson, Conor Coventry, Conor Noss, Evan Ferguson, and Anselmo Garcia-McNulty are just some of the exciting young prospects to make the cut.

Your Ireland U21 squad for September qualifiers 🇮🇪💚

There is also a first call-up for Cardiff City's Joel Bagan who has impressed in the Championship so far this season. The English-born left back has started all four of the club's games in the campaign up to this point.

Bagan has previously been capped by Scotland at youth level, but has now thrown his lot in with The Boys In Green.

The 19-year old has certainly impressed club manager Mick McCarthy, who revealed that Jim Crawford got in touch with him about the player soon after he arrived in Wales.

He's been called up to the under-21s. I fully supported that one when I got the call...

This was early on, just as I came into the job last season.

I didn't know that much about Joel except I had watched him in training.

He played, then I got a call from Jim Crawford and I said, 'All day long, mate, if you can get him and he qualifies, do it now and get him in the squad, you've got a terrific player'.

Bagan recently signed a new deal with Cardiff that keeps him at the club until 2023 and is likely to play a huge part in their season.

His younger brother Sam, who is on the books at QPR, already lines out for Ireland at youth level.

Jim Crawford's side will get their European Championship qualifying campaign underway on September 3rd with a trip to Bosnia & Herzegovina, followed by a game in Luxembourg four days later. 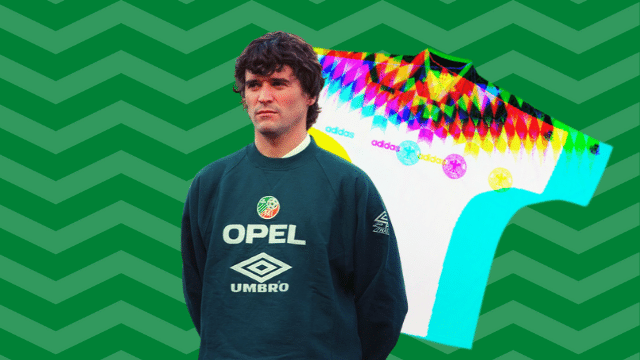 Football
14 minutes ago
By Colman Stanley
Watch: Ninety-Fourth Minute Thunderbastard Could Cost Chelsea Dearly
Football
10 hours ago
By PJ Browne
Best Questions Use Of 'God Save The Queen' For Northern Ireland Teams
Football
23 hours ago
By Jonathan Byrne
Here's How The Champions League Groups Look Ahead Of Final Games
Previous Next