In Keogh's Absence, Mick McCarthy's One Glaring Mistake Will Be Corrected

The circumstances surrounding Richard Keogh's season ending injury could generously be described as unsavoury. For a professional footballer to put himself into such a situation is nowhere near good enough.

All of this has resulted in what could be a killer blow to his career, especially at international level. This injury is all but sure to rule him out of Euro 2020, if Ireland are to even qualify.

Stephen Kenny set to take over as manager after that tournament and is sure to put his own stamp on the squad. Considering his policy of giving young players a chance, you would think it unlikely that he will call up what will be a 34-year old centre back who hasn't played in almost a year.

Of course, his absence also has a more immediate impact on the Irish squad. With huge Euro 2020 qualifiers against Georgia and Switzerland only two weeks away, Mick McCarthy will be without at least one half of his first choice centre back pairing. Shane Duffy is also an injury doubt, but there is a chance he could feature.

Putting Duffy's ailment aside for the minute, could it be that Keogh's absence acts as a blessing in disguise?

The Derby man has been solid, if unspectacular, during the opening games of this qualifying campaign. At this point in his career we very much know what we are going to get from him.

That is likely what established him as first choice under McCarthy, who is very much thinking in the short term. He cannot really blamed for that considering his mandate was to get us to the Euros and no more.

But in taking the safe option, he has repeatedly overlooked the most in-form central defender in the squad. 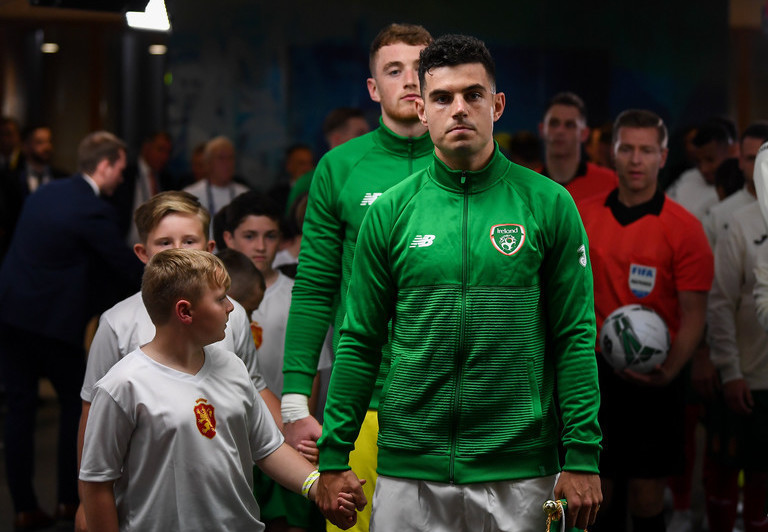 While John Egan may lack the experience of Keogh at international level, his form has been phenomenal over the past 12 months. He was integral to the Sheffield United side that roared through the Championship last campaign, acting as the key cog in their defensive system.

As they rather seamlessly transitioned to the Premier League, he has repeatedly been singled out as the key factor in their successes.

Egan's international career has been limited to four appearances, although he did captain his country against Bulgaria last month. He stood out as the most talented player on the pitch that night, making his absence from the team up until this point all the more puzzling.

McCarthy's selection policies are strange. He preaches the importance of playing time and form, but those factors only seem to be applied to younger players.

Troy Parrott, Aaron Connolly, or Michael Obafemi have not been seen as real options for the team due to their lack of playing time, but Scott Hogan remains an important player despite barely featuring for likely Championship relegation fodder Stoke City.

The same logic can be applied to the battle of Keogh and Egan. While Keogh plays every game for Derby County, he is in a side that sits 18th in the Championship table. As well as that, he has not been impressive this campaign.

Compare that to the form of the Sheffield United man. Not only was he a far superior player in the English second tier last season, but he has flourished at the highest level.

Can anybody say that Richard Keogh is a better player than John Egan? His absence from the team up until this point has been puzzling. There was little difference in terms of the risk of playing either player, with the former Brentford defender possessing far more upside.

He possesses all of the traits you would hope for in a central defender: strong in the air, quick, a good passer, an excellent reader of the game, the ability to carry the ball into midfield.

His career trajectory in the past few seasons has been remarkable. Having been released by Sunderland in 2014, he worked his way back to the Premier League. Now he stands out in Europe's most competitive league.

John Egan is ready to become a key player for Ireland. 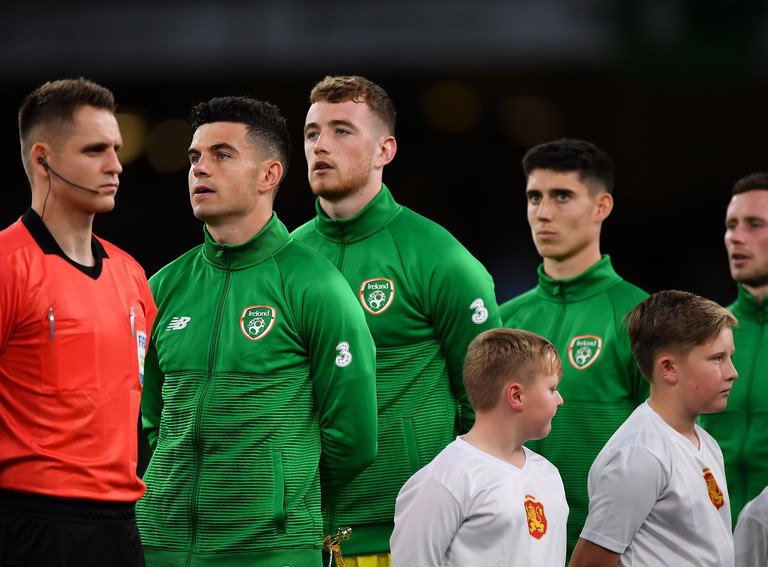 Keogh's absence can be the catalyst for what has the potential to be a hugely promising international career.

Egan is ready to step into the void. In truth, the place in the team should have been his to begin with.

His inclusion in the team is not only a boost for the long-term outlook of this side, but also in the immediacy. Mick McCarthy was reluctant to give him the chance to shine, but now he will have his opportunity.

Let's hope he puts any doubts from his manager firmly in the past.

SEE ALSO: 'He's Extremely Down. He Realises What's Going On For Him Personally'