League Of Ireland Players Not Ruled Out, Maguire And O'Dowda Impress McCarthy

Mick McCarthy was in attendance at Richmond Park a fortnight ago for St. Pat's vs Cork City on the opening night of the League of Ireland season.

"Daire O'Connor - he was the one player who stood out for me," McCarthy said on Wednesday regarding that game.

"He played very very well, I thought. Whether it was on the right or on the left, he went and played in behind the striker. He was the one that stood out."

After taking a moment to think, McCarthy made an addition to those he thought impressive from that game. Along with Cork's O'Connor, the Ireland manager name-checked Pat's midfielder Jamie Lennon.

"I thought he had a good game," said McCarthy, who was speaking at the launch of 'Club Ireland', the FAI's three, five and ten-year premium level ticket packages.

I liked him. Daire stood out because he's a forward and he was tricky and did a few really good things but Jamie just sat there and did a job so I was very impressed with him.

Since McCarthy's trip to Inchicore, his assistants Terry Connor and Robbie Keane have also attended League of Ireland games. Keane was in the stands for Monday night's Dublin derby between Bohs and Shamrock Rovers at Dalymount.

McCarthy doesn't discount the possibility that a League of Ireland player could get a call-up to the Ireland senior squad. He has consulted with Ireland U21 boss Stephen Kenny about those he should be keeping an eye on.

I never picked one [a League of Ireland player] the last time, but that was 17 years ago - they were part-time and my team was full of Premier League footballers.

We'll continue to go and watch League of Ireland players but you and I both know that the best ones generally go across and play in England.

Two games in, I haven't seen enough of them.

We've got a game coming up where all the English league-based players have been playing since August. I think they're better prepared to be playing in any game come May, that's for sure.

Beyond these shores, McCarthy and his assistants have watched numerous Irish players in England.

"I've been to see and waxed lyrical about Seani Maguire and last week was the best I've seen him play," said McCarthy.

"I watched him against QPR and he played wide-left in a three and I didn't fancy him in that position but I spoke to Alex Neil and he'd only just come back from injury then so that probably wasn't the right time to watch him.

"I watched him then on Saturday against Millwall and he was brilliant playing up front on his own, but he's improved. He's improved playing in the Championship, there's no doubt about that.

"You've got a better chance of playing but if there are some League of Ireland players who are good enough, then I'm not ruling out anybody." 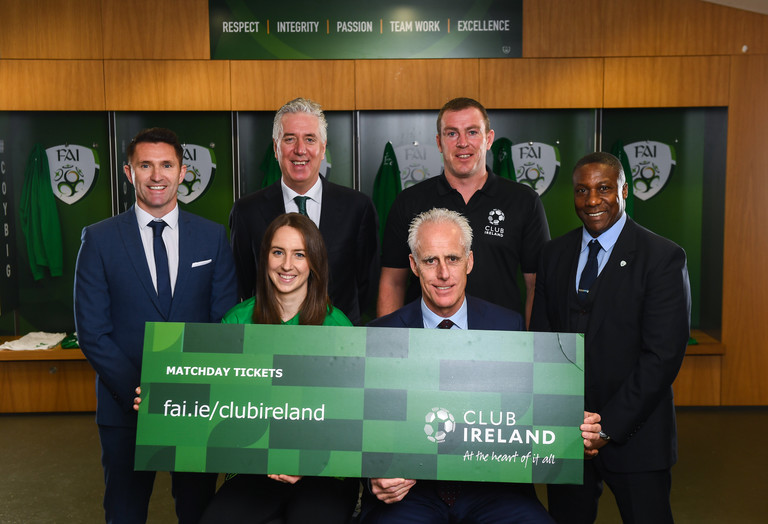 "He's got 12 goals this season. I've been asked about 'how do you solve the goals problem?' They don't always have to come from centre-forwards - they can come from midfield players as well.

"If he's playing, he'd be in an attacking midfield role as he has done."

Callum O'Dowda, who scored a stunning solo goal for Bristol City against Norwich at the weekend, has excited McCarthy.

I saw his goal the other night, great goal. I went to watch him at Bristol vs Bolton and I came away enthused by his performance, I thought he was wonderful.

I saw him play when he was at Oxford United, I saw bits of him, he's a regular now though. He's improved without a doubt.

The 28-year-old Collins was born in England but represented Ireland at U21 level. He's currently the top scorer in League One with 19 goals. McCarthy said that Terry Connor and Robbie Keane have both watch Collins and that Connor will do so again this weekend.

The Ireland boss said that he has been in contact with James McCarthy.

"I was hoping he going to go out on loan at Christmas or January. I said to him ‘don’t think it has to be a Premier League club, go to a Championship club, I’ll tell you what go to a First Division club if you can.’

"I know that wasn’t going to happen because Everton aren’t going to send him there and devalue him but had he gone to a West Brom or a Derby or a Leeds or somebody who wanted a midfield player of his ilk, just to get games, it wouldn’t bother me where he’s playing because he’s just a really good footballer.

"It’s hard to pick somebody who’s not played, no matter how good a footballer they are, certainly in the first 11, but even in the squad.

"That’s not me ruling him out by the way because he is on the bench for them. Being on the bench and just being ready to come on as a sub is a hell of a big difference between that and playing in a competitive game."

The Football Association of Ireland (FAI) launched its new 3, 5 & 10-year Premium Level tickets - “Club Ireland” - ahead of the Republic of Ireland’s EURO 2020 qualifying campaign kicking off next month with Georgia coming to Aviva Stadium on Tuesday, March 26th.

Priced at €5,000 for a 10-year ticket and with 5 home international games guaranteed each year, the FAI believe they represent the most keenly priced Premium Level season ticket in Irish sport.

Membership of Club Ireland is on sale from today (Wednesday, February 27th) and can be purchased VIA: fai.ie/clubireland; by emailing Club Ireland [email protected] by calling 01 899 9547.

See Also: Mick McCarthy Opens Up On Details Of Call With Declan Rice

Football
5 days ago
By Sean Meehan
Sligo Rovers Supporters Raise €30,000 In Under A Day To Help Club
2