Republic of Ireland manager Mick McCarthy cut a content figure as he reflected on a warm-weather training camp and the promising form of several key players in recent weeks.

"The bond they get from that, they enjoyed a night out together. It's all comradery. You play a lot better if you get on with your team-mates," the Ireland boss said of their recent stint in Portugal. "Let's hope it does help."

Speaking at the 2019 SPAR FAI Primary School 5s Programme National Finals at the Aviva Stadium, McCarthy cited Luca Connell as one of the stand-out performers. This was 18-year-old Bolton Wanderers midfielder's first involvement with the squad and he left a lasting impression.

"A lovely personality about him. Real, pleasant, lovely young fella," he said.

He stood out in training, everybody was impressed with him. I just saw him saying goodbye to all the lads. Each and everyone gave him a hug. 'Good luck, get fit.' See you next time. Everyone took to him as a person and a player. It's sad for him to be going because it was a good opportunity for him.

The Liverpool-born teen will not be available for the upcoming Euro qualifiers against Denmark and Gilbraltor having picked up a thigh injury during the camp. 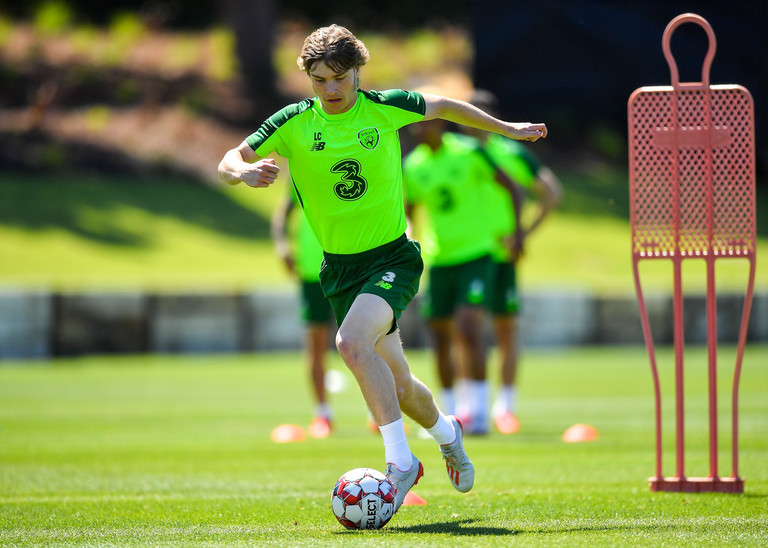 A midfield alternative is recently promoted Glenn Whelan. His superb showing against Georgia combined with his attitude is reason for McCarthy to believe the Aston Villa has more to give in green.

He was brilliant (against Georgia). It was an outstanding performance and he's been really good this season. If he keeps playing like that... When he trained with us, I hadn't trained with him before. We had a pretty good season. We were stretching off and he said I need to go do a bit more.

He put in a bit more himself. I thought 'that's why you've played until your 35. You train hard and look after yourself.' He's in great shape. Keeps playing like that, he can play as long as he wants.