Mick McCarthy has named an experimental Ireland side to take on Bulgaria in this evening's friendly, with his side hoping to end the international break on a high note.

The team features 10 changes from the one that drew with Switzerland last week, with John Egan coming in to captain the team at centre back. Conor Hourihane will start at left back for only the second time in his professional career and it will be interesting to see how the Villa man copes with the positional switch.

Elsewhere, Mark Travers and Josh Cullen will both make their senior international debuts.

Mick McCarthy makes ten changes from the side that drew 1-1 with Switzerland as @marktravers40 and @JoshCullen make their international debuts!#IRLBUL #COYBIG pic.twitter.com/D1IGfMOvD1 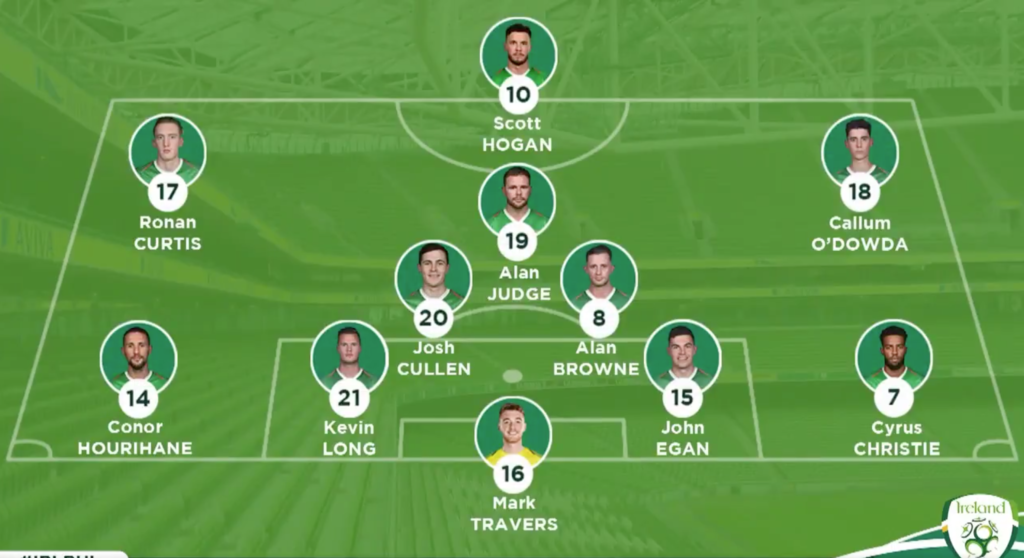 Ireland will face a Bulgaria side that lacks the name recognition of previous teams from the country, with most of their players playing in their home nation or the lesser European leagues. They suffered a 4-0 loss to England at Wembley in their last game, and Ireland fans will be hoping to see some attacking football from the home side this evening.

This will be the first meeting between the sides since the qualification campaign for the 2010, where the teams shared a pair of 1-1 draws. Ireland have not beaten Bulgaria since 1987, when goals from Paul McGrath and Kevin Moran secured a 2-0 win in qualifying for Euro 88.