After enduring numerous personal racist attacks, Republic of Ireland international James McClean was subjected to some of the most sickening abuse he has ever experience last month.

After turning 30 a few weeks ago, the Derry man posted a photo of a birthday card he received in the post, smeared with hateful comments.

Today, McClean's international manager, Mick McCarthy, spoke to RTÉ Sport's Tony O'Donoghue at the official launch of the 2019 FAI AGM and Festival of Football, and offered up a weak response to the numerous racist incidents the player has endured over the years.

In reference to the birthday card the player received, McCarthy said, "There's nothing we can do about it," before adding:

You get a letter, a card, an email and even those are untraceable at times. These people on Twitter and different media websites - they can get in contact with him, hence the reason I'm not on any of them.

However, the manager did maintain "racism in any form is unacceptable," and lauded the maturity the Stoke player has show in the face of the hate he receives on a weekly basis - though he did refer to racist incidents as mere 'banter'.

I was at Millwall when Stoke played there. He got the usual banter that Millwall fans give - they give it to me when I'm there if I've got a team there. And I was immensely proud of him - how he handled it.

Every time he got the ball, he got the bird off them. Every time he went near it, he got it. And, I tell ya, he played left-wing back and I thought he played excellent. I'm delighted to see that the maturity in him shone out like a light in that game.

But at a time when racists incidents in football appear to be increasing in numbers, McCarthy's comments could be construed as unhelpful.

Mick McCarthy discusses the in-form @faireland goalkeepers, death threats to @jamesmcc_14 and gives a look ahead to the next two Euro 2020 qualifiers in an interview with @corktod. #rtesoccer pic.twitter.com/nkmOJDRzIx

In contrast to the Irish manager's comments, Manchester City's Raheem Sterling suggested last month that the clubs of fans guilty of directing racist abuse at players should be punished with a nine-point deduction in the league.

Former Irish international Jonathan Walters has also taken a stand against racism, participating in a social media blackout last month to raise awareness of the issue. 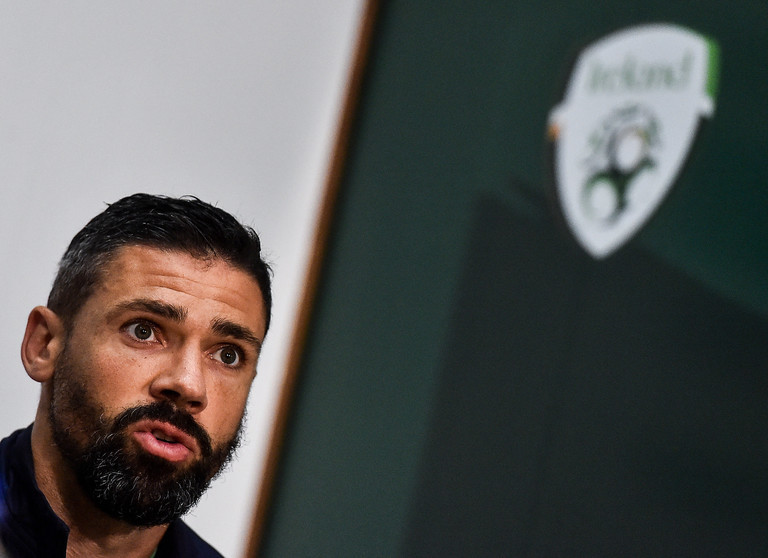 In a recent interview with 888sport, the 35-year-old revealed little was done to provide support to McClean after last month's incident.

I saw James’ card he received on Twitter and I texted him asking, ‘Who is helping you here, mate?’ He said no-one; from Stoke to the FA they say things but nothing is done about it.

Unfortunately, it would appear the current Republic of Ireland manager can be added to the list of figures happy to sit on the sideline while the torrent of abuse continues elsewhere.

Football
1 week ago
By Balls Team
An American Sports Website Has Made A 14 Minute Video About Keane vs McCarthy
Football
3 weeks ago
By Balls Team
McCarthy Called Declan Rice To Apologise After Initially Being 'Curt'
Football
2 months ago
By Michael McCarthy
20 Years Of Service - Mick McCarthy's Irish Legacy In Pictures
Popular on Balls
GAA
11 hours ago
By Gary Connaughton
Confirmed: We Now Have An Official Date For The GAA's Return
11