Troy Parrott may be seen as the future of Irish football but we have yet to see him much of him at senior level. Parrott has made one Premier League appearance for Spurs, coming off the bunch for the last five minutes in a big win over Burnley.

He also played in the League Cup loss to Colchester, while making his senior international debut in the friendly against New Zealand in November.

Now 18-years old, it feels like right team for him to be playing first team football on a consistent basis. Unfortunately, that doesn't seem like it will be happening anytime soon.

Jose Mourinho doesn't really see Parrott as a viable option. He has consistently ignored the prospect of giving him a run in the team, failing to even put on the bench for the vast majority of games.

The player was also not allowed to go out on loan. Charlton wanted to bring him in in January, but a bit of an obscure rule ensured Spurs stopped him from leaving.

If he had left the club before February 4th, he would not have completed two consecutive years at the club and could not  be counted as a homegrown player in the Champions League in the future.

One person who didn't seem all that pleased with Parrott's new deal was Mick McCarthy. Speaking this afternoon, he said that Parrott had all but ended any chance of being part of his plans by accepting he will not see much senior action in the coming months.

Asked if he was pleased the Dubliner had signed a new contract, he replied:

Not really. I wish he'd gone to Charlton and played games on loan. I don't know, it's great for him financially that he got a new contract, but it's not going to let him play, is it?

I'm not bothered what length of a contract he's got or what it does, I've got to see him play. He was deprived of that (a loan move) because of his age.

It's great for him, delighted, thrilled, but I wish he was playing football somewhere because that would be much better for us...

If he's not playing competitive football, he's got very little chance of playing. 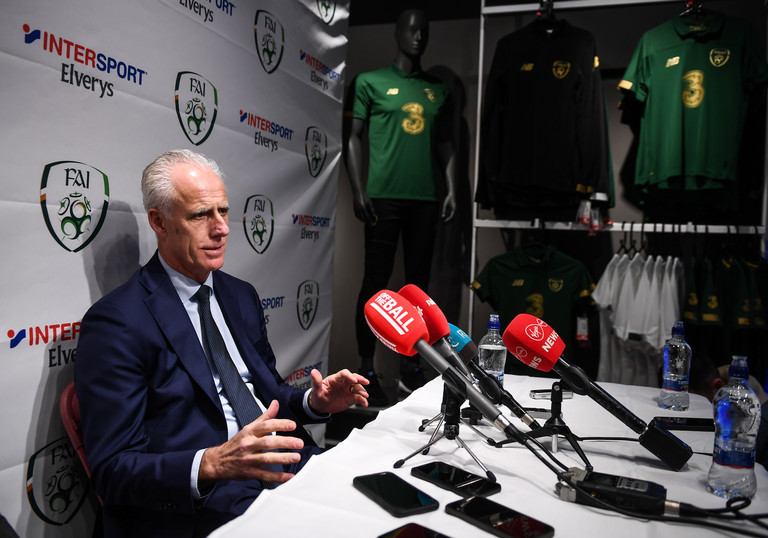 In terms of other options up front, Shane Long has been in fantastic form lately. He has played his way back into contention after missing out on the last couple of squads.

David McGoldrick has struggled a bit with injury lately, but is likely to remain first choice. McCarthy said that he had been keeping an eye on Long, while he has no doubts that McGoldrick will be firing by March:

I've been to see him. I've had him watched, seen him. He's looking healthy, he just needs to be playing. Nobody is doubting his ability, but when he's come in he's been injured on a couple of occasions and he's not been playing.

The best way to get back into the squad is to play some games.

I exchanged messages with David McGoldrick the other day and he was expecting to be back in training. I look at the positive side of it in that once he gets back in, which he will, he will have had a break and a rest.

Might point to him was I said 'you'll be flying in March, I look forward to seeing you'.

Football
1 hour ago
By Emmet Bradshaw
Watch: More VAR Madness As Bournemouth Goal Ruled Out For Penalty At Other End
4

Football
1 hour ago
By Emmet Bradshaw
Watch: More VAR Madness As Bournemouth Goal Ruled Out For Penalty At Other End
Football
1 hour ago
By Gary Connaughton
Watch: Enda Stevens Scores An Absolute Thunderbastard Against Brighton
Football
4 hours ago
By Gary Connaughton
Former Spurs Players Clamour For Mourinho To Give Parrott A Chance
Popular on Balls
Rugby
20 hours ago
By Dylan Ryan
'The Highlight Of The Game Was Keeping England Out At The End'
8