You can't really overestimate the size of the task facing Ireland in the coming weeks. If we are to qualify for Euro 2020, and take advantage of having a major championship on home soil, two wins away from home in the space of a few days will be required.

Winning away from home is never easy in international football, but the challenge will be especially daunting when you consider our away form during this campaign. A thoroughly unconvincing 1-0 win over Gibraltar was the only victory, with draws in Denmark and Georgia, as well as a loss in Switzerland, the other results in the group.

If they do manage to overcome Slovakia in Bratislava, there is the prospect of a mouth-watering tie to look forward to.

A game against Northern Ireland in Belfast for a place at Euro 2020 would be a historic occasion for Irish football, and one with an atmosphere that few other games would match.

Despite this, Mick McCarthy would not be phased by such a challenge. He admitted that cannot look beyond Slovakia, but has full confidence that his players would not be intimidated by what would be a lively Windsor Park crowd:

It would be a lovely place to play, wouldn't it?

I'm not going to be intimidated or scared going to Windsor Park to be quite honest. I don't think the players would be.

If that's where we end up because we've beaten Slovakia, and they've beaten Bosnia, then brilliant. We're in the final then, aren't we?

Being intimidated? I don't think so. Here we go again to the players I'm talking about. If Darren Randolph, Matt Doherty, Seamus Coleman, Shane Duffy, John Egan, Enda Stevens, Glenn Whelan, or all those boys are getting intimidated by going anywhere then we've got a real problem.

I don't think that's the case. It might be the case if kids are playing. 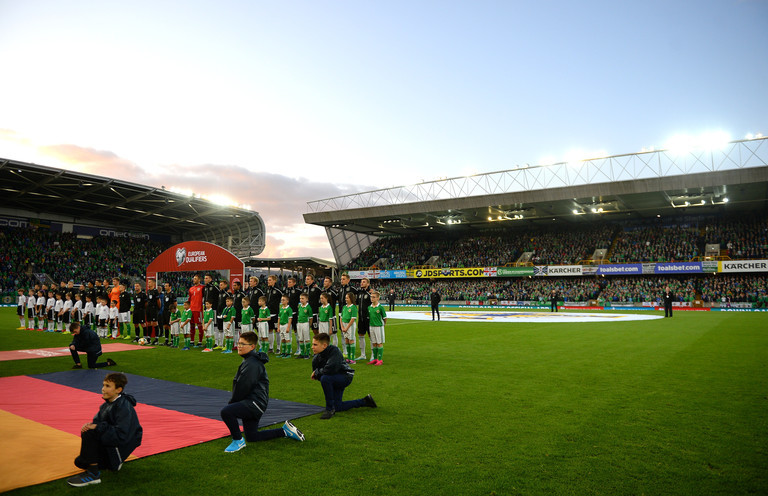 Slovakia will want to ensure this match never comes to fruition. They will provide a stern test, with the likes of Marek Hamsik, Milan Škriniar, and Stanislav Lobotka contributing to what is a strong squad.

While Mick McCarthy has admitted he has only watched bits of their games up until this point, he will be well-prepared by the time March 26th comes around.

Momentum will be key, as McCarthy acknowledges. In fact, he believes that Ireland will qualify for the tournament if they manage to overcome Slovakia.

You talk about momentum, we win the first, wherever we go I think we'll beat the other one. But we've got to beat Slovakia first and they are no mugs by any stretch.