Footage has emerged of a section of Millwall fans booing the pre-match taking of the knee from players of their own side and Derby on the day fans across England returned to stadiums.

It also shows Derby attacker Colin Kazim-Richards raise a clenched fist, a symbol of protest against racial discrimination and inequality, rather than take the knee.

Fans were welcomed back into the Den after nine months away due to the COVID-19 pandemic. In the interim, protests throughout the world have sparked regarding racial inequality following the murder of George Floyd at the hands of Minneapolis Police.

When football resumed during the summer, matches were marked with players across the footballing landscape taking a knee before matches.

Taking the knee was Colin Kaepernick's symbolic action whilst the US national anthem was played before NFL matches. His protests ultimately led to Kaepernick being blackballed from the NFL, though have now become a universal symbol of protest against racial inequality.

In a statement earlier in the week, Millwall's first-team squad reinforced their stance on discrimination, saying that they would take the knee "until the start of the New Year when a new and comprehensive anti-discrimination strategy" will be announced by Millwall.

“As a squad we are fully supportive of the entire football family’s efforts in ridding the sport, and society generally, of all forms of discrimination.

“It is our duty as players to reinforce the positive messaging and action of clubs, Community Trusts, charities and governing bodies, and we do so with great pride and knowledge that so much good work is being done up and down the country.

“The gesture of ‘taking the knee’ before matches provides an opportunity for us to do exactly that and continues to allow all those playing to publicly showcase their support – on behalf of the whole squad – for the fight against discrimination.

“We wish to make clear that taking the knee, for us, is in no way representative of any agreement with political messaging or ideology. It is purely about tackling discrimination, as has been the case throughout.

“We will continue to do this until the start of the New Year when a new and comprehensive anti-discrimination strategy will be announced by the club.” 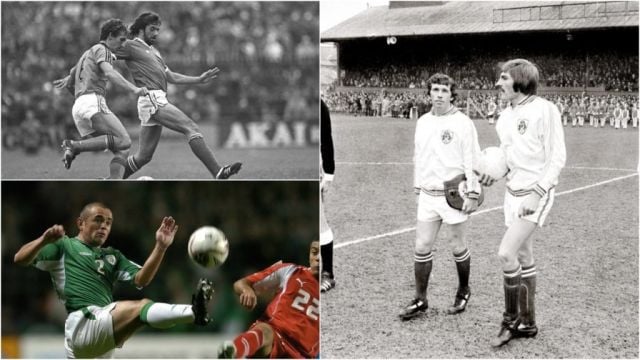 Football
3 months ago
By Balls Team
Troy Parrott's Millwall Loan Cut Short With Another Move Confirmed
Football
4 months ago
By Sean Meehan
Report: Millwall Have Club Record Bid For Jayson Molumby Rejected By Brighton
Football
4 months ago
By Balls Team
Millwall Boss Says Fans Are 'Behind Eradicating Racial Discrimination'
Popular on Balls
The Rewind
16 hours ago
By Fiachra Gallagher
"Guy Was An Interior Decorator!": 20 Years On From One Of The Best Sopranos Episodes
Rugby
12 hours ago
By Eoin Harrington
Kyle Sinckler Was Incredibly Honest About His Lions Omission
Football
18 hours ago
By Gary Connaughton
Derby County Have Mick McCarthy To Thank After Crazy Escape From Relegation
48