Millwall manager Gary Rowett believes his club’s supporters showed they are behind the eradication of racial discrimination in football following their positive reaction to actions before their 1-1 Championship draw against QPR.

Millwall’s fans were heavily criticised for booing players taking the knee before their match against Derby last Saturday and the club were determined there would be no repeat at The Den.

Thankfully, the crowd of 2,000 responded with applause as the two sets of players stood together with a banner promoting racial equality before kick-off, while QPR’s players taking a knee was respected.

“None of us want racism in our society and I think football is a very powerful tool in order to fight it.

“For me, what we tried to do today was almost create a line between taking a knee being the only gesture and making another form of gesture, which the fans got behind fantastically well.

“I didn’t hear any negativity, I heard everyone get behind it.

“I’m sure there were people looking on in the football world, and the world in general, that were hoping that maybe there would be more negativity, but I’m proud of the fans and I’m proud of the club for the work they’ve been doing to try and make this a positive thing.”

Once the players got down to business on the pitch, QPR took the lead through a terrific strike from Ilias Chair in the 53rd minute.

QPR boss Mark Warburton said: “I think Millwall deserve a lot of credit and it was a show of unity between two clubs after the events of the weekend and the huge publicity that it quite rightly received.

“It was a show of unity against all forms of discrimination by both sets of players, shoulder to shoulder.

“I liked the way that the game allowed players to then take the knee if they wanted to.

“I think it was a very smart move by the clubs and Millwall deserve a lot of credit and I hope that it sends out another powerful message about the rejection of discrimination in all forms of our game.”

On the result, Warburton added: “It was a silly goal to give away, so people will say it’s a tough place to come and it’s a good point, but we should have taken all three. That’s how I would assess it.” 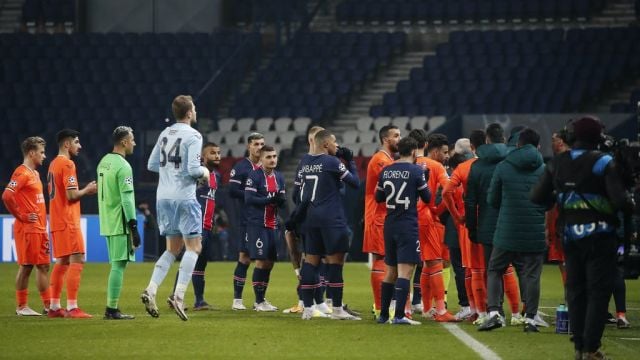