Jim Crawford named a highly interesting Ireland U21 squad for next month's friendlies against Denmark, Australia and Switzerland in Marbella, but there was one notable omission: West Ham's Mipo Odubeko.

The Tallaght-born midfielder has excelled with the West Ham U23s this season, and was the PL2 player of the month for April after scoring a hattrick against Manchester United's U23 team. The 18-year-old scored 10 goals in 9 PL2 games for West Ham this year, and played twice for West Ham in the FA Cup.

Some Ireland fans had hoped to see him leapfrog into the senior set-up for June's friendlies in Spain. His name was not on that squad sheet yesterday. Nor did it feature today.

Jim Crawford calls-up 7 uncapped players to his squad for 3 friendlies in Spain.

He was an unused sub as West Ham defeated Southampton 3-0 on Sunday, so injury is an unlikely reason for his absence from the squad.

Odubeko had been named in Jim Crawford's U21 squad to play Wales in March only to withdraw due to fatigue.

He is also eligible to represent Nigeria and England, and considering - perhaps unfairly - his proximity to Declan Rice in east London, many Ireland fans are fretting that Odubeko has moved on. It has been noted that Odubeko follows the FA on Instagram but not the FAI.

Odubeko last represented Ireland in an U17 fixture against Finland in 2019. He played in the DDSL with St Joseph's Boys before being signed by Manchester United.

Jim Crawford is due to hold a press event today so there should be an explanation forthcoming on Odubeko's absence.

"Mipo is somebody we’re looking forward to working with. We have big hopes for him.

"Young players, who have struggled at this present time because of the lack of regular training, continued break-ups of Academies due to people needing to isolate and irregular games programme because of the situation we’re in.

"He’s just back from a long-term hamstring injury too, but we like him a lot and we’ll try to bring him along at the right time and when we think we need him."

Michael Obafemi was another name missing from both Ireland squads. Obefemi's season has been blighted by injury. He was selected for the U21s in Stephen Kenny's first Ireland squad announcement despite being capped at 18 by Martin O'Neill back in 2018.

Crawford's squad announcement wasn't just about the omissions however. It did feature John Joe Patrick Finn of Getafe and Ryan Johannson of Sevilla.

UPDATE: Crawford has confirmed to the media that there is uncertainty over Odubeko's international future, describing communications between the young player and the FAI as 'stale': 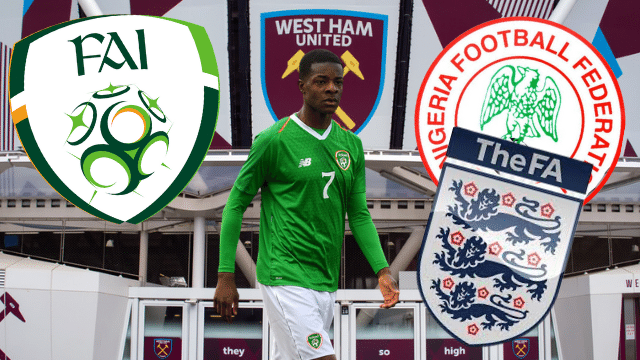