It's slightly surreal that here we are in the third decade of this century and we're still debating Messi v Ronaldo. Outside of a very loyal cohort of Manchester United fans and former players (including wiser ones like Roy Keane), all the world seemed to have accepted that Messi is superior to Ronaldo.

But Ronaldo's return to England is having the strangest effect on right-thinking people. It's created a hysteria possibly not seen since the Beatles were in their pomp. It's got drab middle-aged men behaving like children and doing the Siuuuuu celebration in the middle of the workplace or public transit. Meanwhile, it's blinding others to clear-as-day reality.

Gary Neville looked deep into his soul and decided not surprisingly that his former teammate Ronaldo is his GOAT. Neville prompts a graphic that shows Ronaldo has scored 4 more career goals than Messi over 115 more games, and that Ronaldo has scored 43 more penalties than Messi. But for Neville it comes down to simple hypothetical:

"If you were a manager and you could pick any player in history to come off the bench at their peak to win you a game and you only had one substitution left, who would it be?

"It would be Cristiano Ronaldo."

Parking the strange hypothetical - what kind of manager would start a match with peak Ronaldo or peak Messi on the bench? - we were not very surprised by any of this. It's another layer of the discussion that people are discussing today. The debate also featured the following graphic. 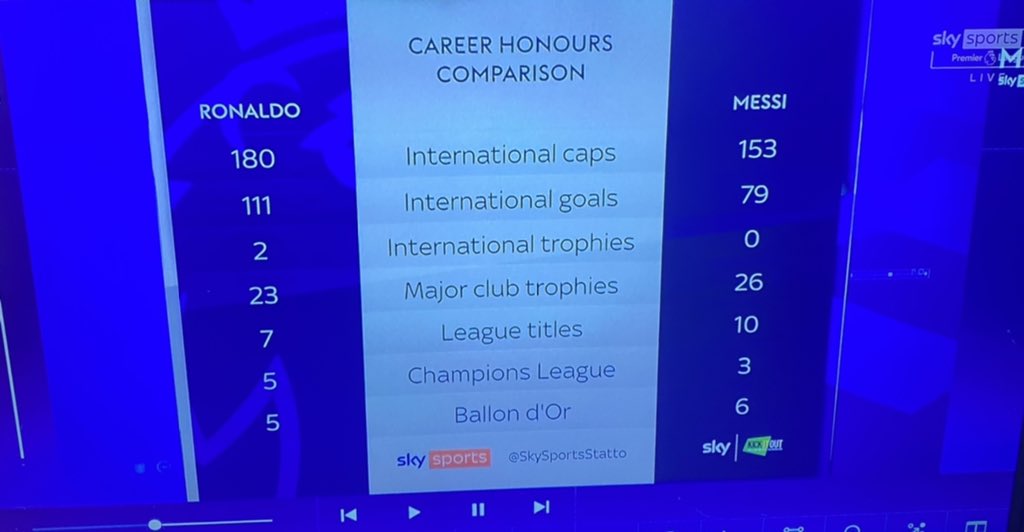 The graphic has one glaring error. Messi captained Argentina to the Copa America in the summer.

Errors happen all the time on live TV. But the MNF production team also decided not to count Messi's 2006 Champions League medal because he didn't appear after the Round of 16. They also included the Nations League as one of Ronaldo's international trophies.

To an outsider, it seems like numbers are being spun to build a narrative.

Sensitivities are clearly high regarding this issue. When Gary Lineker chirped about it, it triggered a MNF v MOTD spat between Lineker and Jamie Carragher.

We made a mistake on a graphic over Messi’s international honours.
It happens a lot on MOTD. Check Messi’s record in 2006 in the CL, he didn’t play 1 min after 1st KO round, so we counted it as 3. We don’t have autocue on MNF so I’m sure you’d also make a mistake now & again.

It's not often Carragher has to use social media to defend his stats guy. It's a simple error to make but we wonder is just a part of the overall Ronaldo madness that has gripped Premier League fans. Is Ronaldo's presence in the Premier League forcing others to forget things we all know to be true? Are we being gaslit about football's most fundamental debate? Does Messi have to join Man City in order to have his legacy fully enshrined?

We have more questions than we have answers right now. 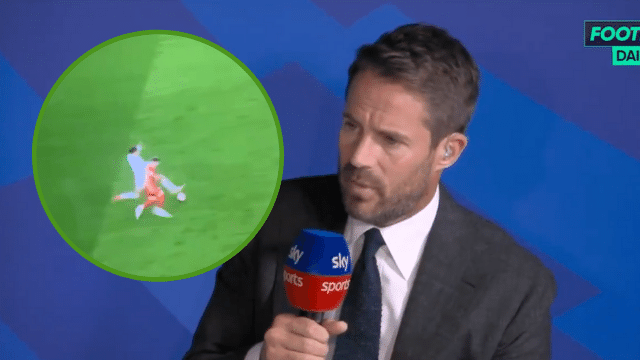