Ireland play Wales in a crucial Nations League tie this evening and Stephen Kenny has named the XI that will hopefully bring him his first victory as Ireland manager. Jayson Molumby will start in the midfield with Conor Hourihane on the bench.

Dara O'Shea starts at right back with Kevin Long in for John Egan. James McClean and Robbie Brady start, while Callum O'Dowda makes his way to the bench.

Kenny's hand has been forced here by injuries to captain Seamus Coleman, John Egan and Aaron Connolly. Callum Robinson and Alan Browne miss out due to covid-19. Ireland were well-beaten Thursday night by England at Wembley and have not scored a goal since Stephen Kenny's first match in charge away to Bulgaria.

Yesterday Kenny spoke about his difficult run managing in Ireland since September.

“It has been a tough period, I won’t deny that, last month and this month in relation to all that has gone on.

“But I’m not complaining about that, you have got to deal with it and that is part of where we are now.

“We have got to dust ourselves down quickly.

“I think whether I enjoy the job or not is not the priority at the moment, trying to make the team successful is more of a priority.

SEE ALSO: Ireland U21s Victims Of Their Own Success After Ruing Absence Of Star Players 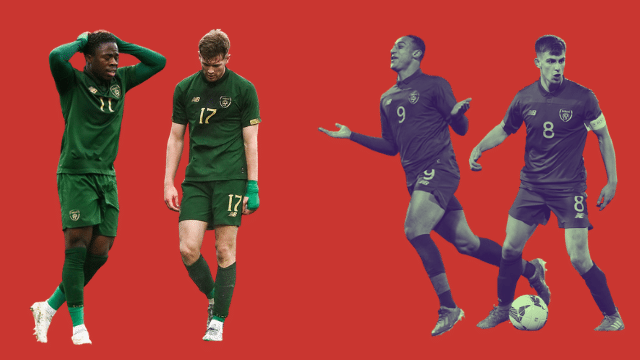