Things haven't exactly gone to plan for Gareth Bale since his return to Spurs. His signing was hailed as a huge coup at the time, but the Welshman has gone on to make only one league start so far this season.

We shouldn't necessarily be surprised by this. Bale played very little during his last couple of seasons at Real Madrid, splitting time between the bench and the physio's room. It was expected that he would take some time to get back into the swing of things, but his apparent lack of progress up to this point has to be a concern for those at Spurs.

Many in the British press assumed that his situation in the Spanish capital was almost entirely the fault of the club, but there should be little doubt that Bale also played a part. His commitment to the cause was often questioned, even by his own teammates.

As a player who was won so much, and earned incredible amounts of money in the process, it would not be a surprise if he has lost some of the hunger that he showed early in his career.

One tidbit that has appeared online over the last day could hint at as much.

Spurs TV shared a clip from a training session yesterday, with the footage showing their goalkeepers going through some saving drills. Innocuous stuff, apart from the fact that you could hear Jose Mourinho giving Gareth Bale something of a dressing down in the background.

You can watch the clip below, where you can hear Mourinho seemingly question his application.

José Mourinho to Gareth Bale during Tottenham training: “You want to stay here? Or go to Real Madrid and play no football.” #rmalive pic.twitter.com/OWgsEUnS5T

Mourinho can be heard saying:

You want to stay here, or go to Real Madrid and play no football?

With the winger being back at Spurs for a number of months now, his manager will be expecting him to have made major strides.

The club's supporters had hoped to see a glimpse of the Gareth Bale they once knew, and while there is still plenty of time to turn things around, such dreams must surely be dwindling. 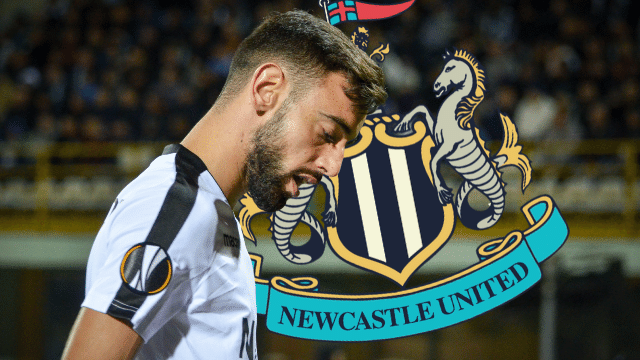 Football
6 months ago
By Andrew Dempsey
Report: Gareth Bale To Retire From Club Football But Continue Playing For Wales
Football
6 months ago
By Gary Connaughton
RTÉ Panel Take Apart Gareth Bale's Post-Match Comments After Wales Loss
Football
9 months ago
By Donny Mahoney
With One Flying Elbow, Gareth Bale Has Become A Hero To Anti-Racists
Popular on Balls
Golf
1 day ago
By PJ Browne
Seamus Power Into World's Top 50 Golfers After Another Great Weekend
Football
22 hours ago
By Gary Connaughton
Some Pundits Are Revelling In Rafael Benitez's Everton Sacking
32