In the meantime, he became a football phone-in host.

Or at least, a parody existed of such a scenario. Mario Rosenstock hosted a puppet show with José as the anchor.Setanta Sports has emerged as the Sky Sports Premier League challenger of the day, and as Mario's Gift Grub José had gained such popularity, Setanta gave him his own show called "I'm On Setanta Sports." For a time, it seemed as though puppet José was the face of the station.

The show was later rebranded as Special1 TV and was broadcast on BBC Three, with expanded regular puppets such as Arsene Wenger and Wayne Rooney.

14 years on, José Mourinho has once again been sacked by a London team, but the future is far less certain. He's 58 years old and has had no real success since once against winning the title with Chelsea in 2015. Many argue his time has passed.

And so, it's should surprise nobody that José is taking some time out and cashing some cheques while he's at it. He has joined The Sun as a columnist for the Euros, and this morning, it's been announced that he's also joining talkSPORT.

✅ A special Euros with the Special One pic.twitter.com/q0gIiwv79c

Mourinho is joining the sports radio station for their Euros coverage, covering England's group games, as well as a number of knockout games including the final. As part of the deal, he will be taking fans' calls post game, thus fulfilling his Setanta Sports destiny all these years later.

We await to see if his former players will flood the airwaves begging him to come back as they did all those years ago. There's no word yet as to whether Wayne Rooney, Sven-Goran Eriksson or Arsene Wenger will be part of the coverage.

SEE ALSO: The Full Story, Video And Analysis Of 'That' Kevin Keegan Rant 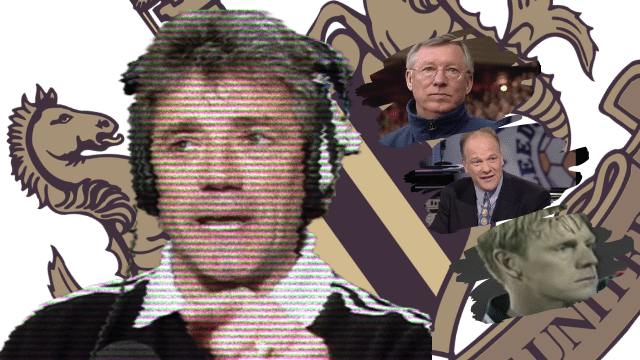 Football
4 days ago
By Jonathan Byrne
José Mourinho Addresses Everton Rumours After Roma Cup Win
Football
3 months ago
By Eoin Harrington
Mourinho Goes Full José In Interview After 6-1 Roma Defeat
Football
3 months ago
By Gary Connaughton
Jose Mourinho Was Up To His Old Tricks At Juventus Again Last Night
Popular on Balls
GAA
2 days ago
By PJ Browne
Insane Drama As Late TJ Reid Goal Sends Ballyhale Into All-Ireland Final
Rugby
1 day ago
By Colman Stanley
Yesterday Was Not The First Time Wayne Barnes Sent A Player Off For Getting Lippy
Rugby
22 hours ago
By Colman Stanley
Champions Cup Predictions And Permutations For The Irish Provinces
The Rewind
2 days ago
By Jonathan Byrne
The Definitive Ranking: Deli Items Ranked From Best To Worst