Stephen Kenny's Ireland squad for next month's World Cup qualifiers is in - and Burnley centre-back Nathan Collins has made the senior squad for the first time.

There are plenty of experienced names missing from the squad, though, as Kenny firmly puts his trust in the up-and-coming crop of players.

Nathan Collins made his long-awaited move to the Premier League over the summer, and he has been rewarded with a spot in Stephen Kenny's Ireland squad for the World Cup qualifiers against Portgual, Azerbaijan and Serbia.

He features in a 25-man squad that is light on experience, with Darren Randolph and Robbie Brady both missing after extended spells without playing.

The form of Ireland's centre-backs will have encouraged Stephen Kenny, with both Shane Duffy at Brighton and Dara O'Shea at West Brom enjoying purple patches. Their involvement, alongside the youth of Nathan Collins, will give Ireland fans a boost of confidence, given the team will have to face the might of Cristiano Ronaldo, Bruno Fernandes, and co. on the 1st of September.

Callum Robinson had been in flying form for West Brom, with three goals in his first four games, but a positive COVID-19 test has ruled him out of the qualifiers.

Harry Arter makes a surprising return to the Ireland squad and, despite the absence of Brady and Randolph, his presence will bring some experience to the squad, alongside Duffy, Shane Long, Jeff Hendrick, Seamus Coleman, and James McClean.

Gavin Kilkenny and Liam Scales had been in contention for a place in the squad and may feel a bit aggrieved to have missed out on their spots.

This Ireland squad will be tasked with rescuing the team's World Cup qualification hopes, which have been left looking very unlikely after losses to Luxembourg and Serbia.

Home advantage and the return of fans for the games against Azerbaijan and Serbia could make all the difference as Stephen Kenny seeks a first competitive win as Ireland manager. 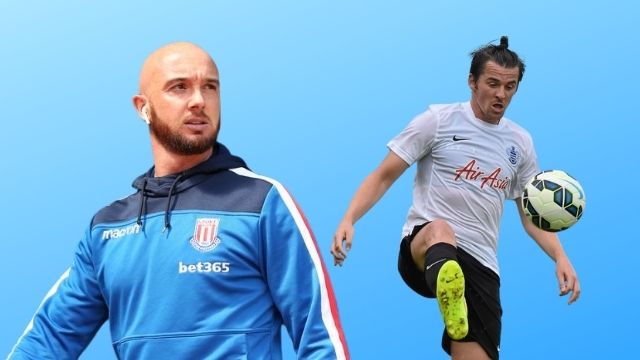 Football
1 week ago
By Eoin Harrington
Roy Keane Hasn't Bought In To The Stephen Kenny Era Yet
Football
3 weeks ago
By Eoin Harrington
The Portuguese Media Reaction To The Stalemate Against Ireland
Football
3 weeks ago
By Eoin Harrington
Against The Toughest Of Opposition, Duffy And Coleman Shone In Dublin On Thursday Night
Popular on Balls
The Rewind
23 hours ago
By Gary Connaughton
Watch: Storm Barra Has Been Wreaking Havoc Around The Country
Football
1 day ago
By Jonathan Byrne
How Leeds United Became Barcelona's Champions League Nightmare
Football
18 hours ago
By Gary Connaughton
Sebastien Haller Breaks Remarkable Champions League Record Against Sporting
GAA
1 day ago
By PJ Browne
Thought Of Absent Brother Heightened Emotion In Graeme Mulcahy