Republic of Ireland U21 international Nathan Collins has had his red card from last night's draw with Barnsley overturned by the FA.

The Stoke City defender was dismissed in the second half after an innocuous looking coming together with a Barnsley forward, who went down clutching his face after the two players ran towards a long ball in behind the defence.

The referee would go on to show a straight red card.

It seemed like a ridiculous decision at the time, an opinion shared by Stoke manager Michael O'Neill. Speaking after the game, he said he believed that the Barnsley player had 'thrown himself to the ground' during the incident:

It’s a really poor decision. I’ve watched it back. I didn’t believe it was a red card at the time. The assistant notified the referee. We know that because we could hear his shout.

What’s happened really is that there is a coming together between a striker trying to run in behind and a centre-back trying to block his run a little bit. The Barnsley player has thrown himself to the ground and held his face.

The assistant has deemed that a red card. It’s disappointing that a player would do that and, secondly, disappointing obviously that they came to a really poor decision.

Stoke City would appeal the decision, confirming this evening that the red card has been over turned by the FA. He will now be available for Satruday's game against Brentford. 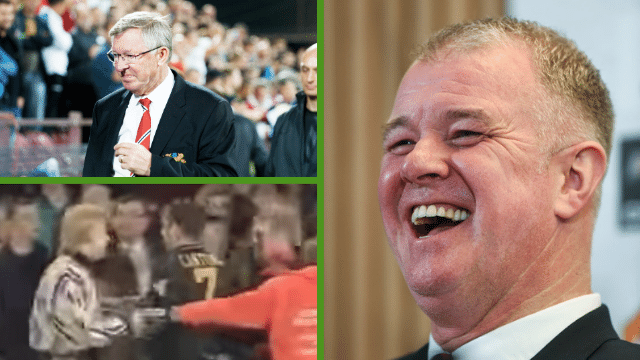 Football
1 month ago
By PJ Browne
Nathan Collins: 'It Was Unbelievable, It Was A Great Feeling To Score'
Football
1 month ago
By Colman Stanley
Irish Players Continue To Shine As Nathan Collins Scores First Premier League Goal
Football
6 months ago
By Colman Stanley
Nathan Collins: Taking a Family's Football Legacy To New Heights
Popular on Balls
Football
4 hours ago
By Eoin Harrington
Juan Mata Questions Manchester United Management After Dire Season
Golf
2 days ago
By Gary Connaughton
Padraig Harrington Glad He Didn't Have To 'Make A Decision' On Saudi Golf League
Football
1 day ago
By Gary Connaughton
The Frank Lampard Love-In After Everton's Survival Was Downright Bizarre
GAA
2 days ago
By PJ Browne
'It Came At An Awkward Time. I Didn't Think It Would Be So Bad'