Seamus Coleman has been at Everton for over a decade, and while he remains club captain and an integral part of the team, it seems that not a season goes by when they attempt to replace the Irishman.

That is perhaps understandable considering he is now 33-years old, although the right back has seen off every bit of competition that he has been presented with thus far.

Everton completed the signing of yet another player in that position this afternoon, with Nathan Patterson joining from Rangers for a fee of up to £16million. The Merseyside club will no doubt be hoping that be he can prove to be Coleman's long-term successor.

The Scotland international is certainly excited to learn from his new teammate.

Speaking to the club after the signing was announced, Patterson said that he had already been in touch with Coleman and is looking forward to playing alongside him.

It was an easy choice to sign. This is a massive club with huge history and the fanbase is tremendous.

I had a good conversation with [Seamus] yesterday. He let me know he's a Celtic fan, so he had to get that in there early on!

I'm really looking forward to working alongside him. He’s an experienced pro who has been through it all. I'm just looking to learn under him.

I'll try and grab anything I can off him. That's why I'm here, to learn and become a better player and hopefully win things, go on and do well for the club. If I'm working alongside Seamus that's definitely going to happen.

Patterson is only 20-years old, meaning Everton will expect a bedding in period before he becomes a fixture in the starting XI despite having already earned six caps at international level.

Until then, Seamus Coleman certainly still has plenty left in the tank.

SEE ALSO: 5 Irish Players That Need A Move This Month 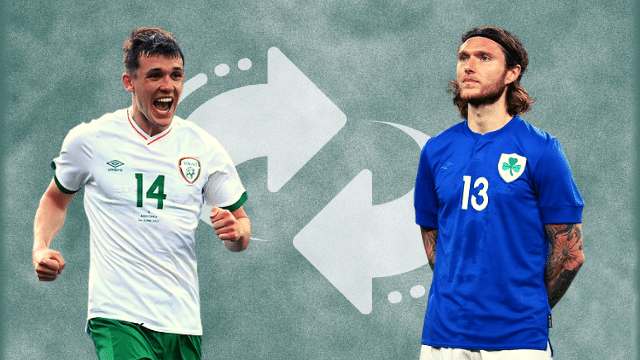