Here's Why You Should Care About Tomorrow's UEFA Nation's League Draw

With the hangover of the embarrassing defeat to Denmark still lingering over us like a dark cloud, you could be forgiven for not caring about the new format UEFA have concocted but it does present a great chance for Ireland to qualify for the next European Championships.

All 55 UEFA member states will be watching events unfold in Laussane, Switzerland as four separate leagues (labelled A, B, C and D) are decided as part of the new UEFA Nation's League tournament.

Tomorrow, Ireland will be drawn into a group with two other teams from the groups below: 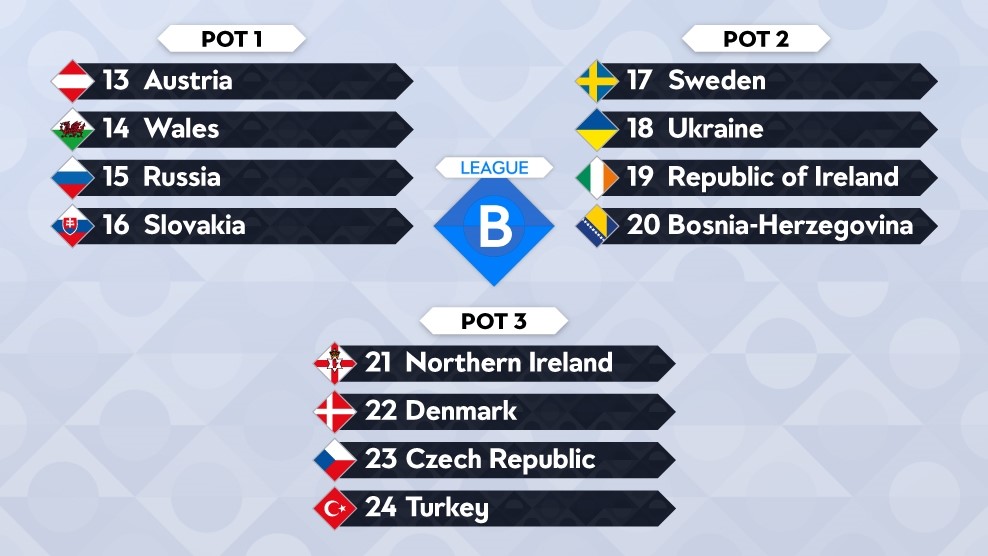 The boys in green will play their two opponents home and away and the winner of the group be promoted to Pot A for the next Nation's League.

There is also talks that the Nation's League could be used in the European qualification campaign for the World Cup, and although the format has been criticised for the potential of nations to 'game' the system i.e. when the normal qualification route is unlikely, nations could deliberately lose games in order to get a lower seeding for the Nation's League and have an easier group to top so they have a better chance of qualifying via the 'back-door' system that is the Nation's League. Confused? Me too... but it basically means that Ireland could have a back-door route into both the European Championships and the World Cup.

On top of that, Ireland could be presented with a great opportunity to exact revenge on our play-off conquerors Denmark as well as blood youngsters in a competition that has more riding on it than your average 'meaningless friendly'.

Also, the fact that the competition is legitimate, could be used as a means to tie young talent down to playing for the Republic, though we realise how depressing that sentence sounds. The contest could also prove a better way to climb UEFA's coefficient rankings, as these games will surely be weighted with more significance than a friendly.

See Also:Football, Late Style And Reevaluating The Potency Of A Pass

Football
5 months ago
By Paul Moore
WATCH: Shane Duffy Scores On His Celtic Debut With A Thumping Header
Previous Next

Football
3 weeks ago
By Sean Meehan
Balls Remembers: When Dublin 4 Became Portugal For The 2011 Europa League Final
Football
5 months ago
By Paul Moore
The Legendary Paul McGrath Is Front And Center In A Show About His Life This Week
Football
5 months ago
By Paul Moore
WATCH: Shane Duffy Scores On His Celtic Debut With A Thumping Header
Popular on Balls
Football
10 hours ago
By Fiachra Gallagher
Leeds United in Ireland: A Decades-Long Love Affair