Rarely, if ever, has missing a Europa League game provoked such disappointed fury.

Manchester United are currently in Russia, preparing to face FC Rostov in the last 16 in the Europa League. Jose Mourinho has been moaning about the holy show of the pitch, saying that he wants the game postponed.

Mourinho's anger over having to play, however, is nothing like the fury of The Sun's Neil Custis at the prospect of missing out. (You may remember Neil Custis as the journalist that Louis Van Gaal called "fat man" last season).

The problem came from his being late for his flight:

That venting, however, was only the beginning...

'Rules are rules' Shut up

Been awake now for nearly 20 hours, thanks v much @aeroflot you are crap

Some of Cutis' press box chums got involved, to twist the knife.. 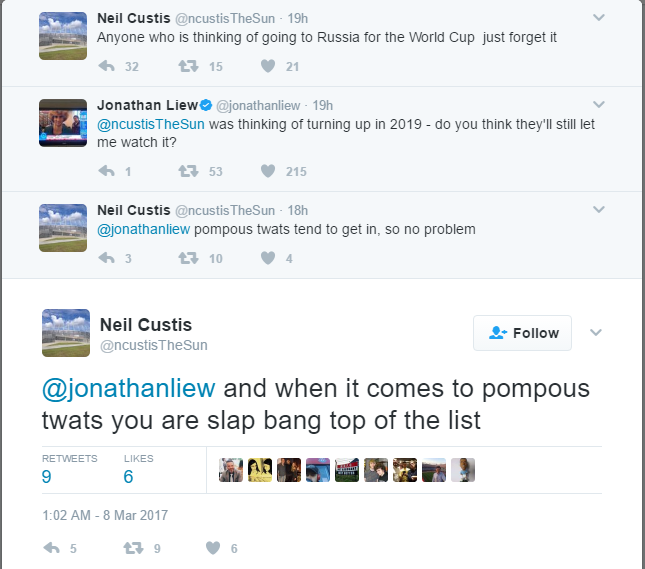 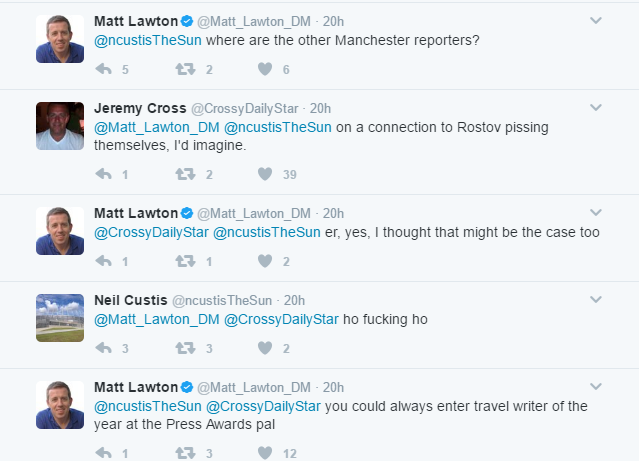 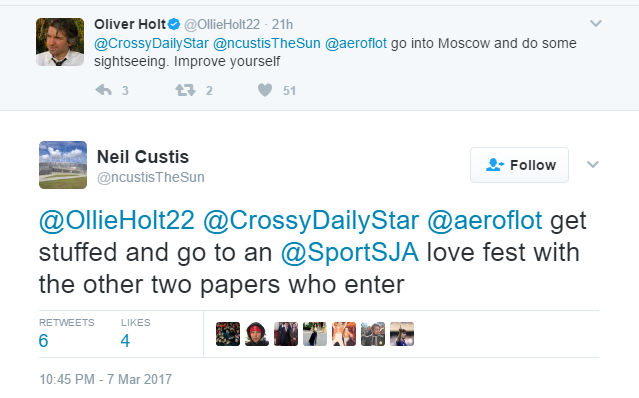 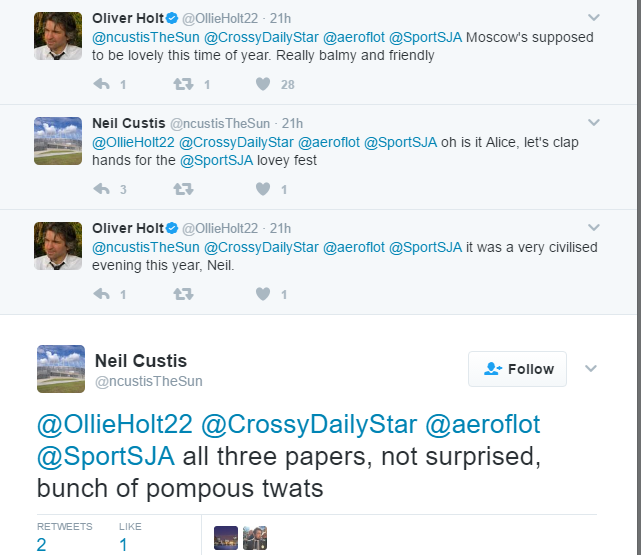 Thankfully for the journalist world, he made it in the end.

See Also: Opinion: The Treatment Of Arsene Wenger Is An Indictment Of Modern Football

See Also: 'He Made Her Life': Graeme Le Saux Changes Perception Of John Terry With One Story

Football
1 month ago
By Gary Connaughton
Valencia, 2001: Remembering When Celtic Were As Good As Any Team In Europe
Previous Next