It was a bad afternoon for Celtic. The club are in a tough spot at the minute, with a number of player missing for the Old Firm clash against Rangers.

However, they would have hoped to put in a better performance than one we saw at Parkhead. Rangers took the lead inside the opening ten minutes and never really looked back.

Of course, Celtic's preparations were made all the more complicated this morning. A copy of their teamsheet for the game was circling on social media this morning, leaking the starting XI for the game.

While it might not have had all that big of an effect on the result, speaking after the game Neil Lennon branded the actions of someone in their camp in leaking the team news as 'disgusting'.

I don't know, it doesn't help. Somebody within the club is doing us in basically and that's disgusting I think. We'll try (to get to the bottom of it) and work at it. It makes my job a lot harder.

We can't afford to dwell on it and I hope players will get fitter, sharper and we get players back from illness and start looking better. I always felt like today was going to be an uphill task.

Celtic were without a number of key players today, with Lennon in particular ruing the loss of Odsonne Edouard and Ryan Christie.

It looked like what we were. A team put together a day before the game. We have given away two poor goals. I thought Rangers defended their box really well, better than we did.

We should have done better for the second goal, disappointing to concede from a set play. Moi has missed a great chance and then we are 2-0 down and chasing the game.

We have players who aren't fit. There are players who have came on and didn't have the impact we would have liked. 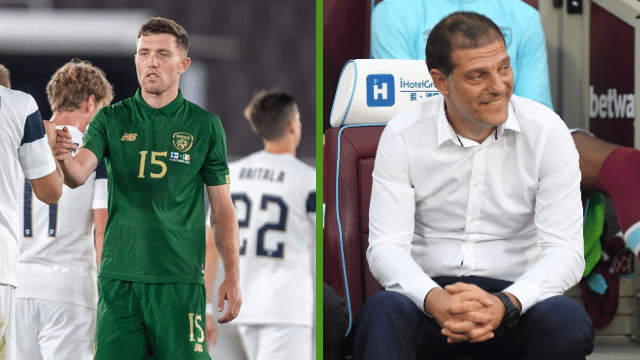