Neil Lennon Upset By 'Shoot The Board' Banner Outside Parkhead

Under-fire boss Neil Lennon has accused sections of the Celtic support of engaging in “dangerous rhetoric” after a ‘shoot the board’ banner was hung outside Parkhead.

The manager and Hoops chiefs Dermot Desmond and Peter Lawwell have faced increasingly angry protests after a wretched run of two wins in their last 12 games.

Club bosses have reacted to the demonstrations by erecting a ring of steel around the stadium – but the Celtic faithful have used the iron fences as a gallery to display a string of banners calling for Lennon and the board to go.

The Northern Irishman insists he understands supporters’ fury after seeing huge cracks appear in their 10-in-a-row dreams, but he hit back at those responsible for the sinister poster that was hung up on Tuesday night.

“We don’t want any divisions. I understand the frustrations and the players are feeling that as well.

“But we don’t like that kind of language or expression anywhere near the football stadium. It serves no purpose really.”

The fan anger levels reached boiling point again this week when the board released a statement reiterating its backing for Lennon, saying he would be given seven games leading up to the New Year clash with unbeaten Premiership leaders Rangers to turn his team’s campaign around.

The protests are unlikely to die down if Celtic suffer further humiliation when they round off their woeful Europa League campaign against Lille on Thursday or fall further behind Steven Gerrard’s men when they face Kilmarnock at home on Sunday.

But Lennon hopes a sense of calm will come now that he has received the board’s vote of confidence.

“(The protests are) not what we want,” he said. “It doesn’t serve any purpose. It certainly doesn’t inspire anyone at the club to achieve great things.

“We all want unity. We have got that certainly from the football side of things and we just want the supporters to get behind the team, especially when they need it.

“That’s what the Celtic fans do. They’ve done that for as long as I’ve been here. When things have got tough they’ve got right behind the team and that’s what we’re looking for.”

On the vote of confidence, Lennon added: “I think it sort of settles everyone down. I know it settles the players down, for sure.

“They are really happy about that, thankfully from my point of view. It’s full steam ahead. We just need to try to get some consistency and wins now.

“We’re just feeling a little bit anxious at times on the pitch. I get that. I’ve been there as a player myself.

“(Wednesday) was vibrant and we’re hoping we can go out (on Thursday) and put in a performance against Lille and then take it from there. We’ve some big games to look forward to this month. We’re looking forward to putting a run together and a fresh start in the new year.”

With his position secure for the next three weeks at least, Lennon is starting to turn his attention to the January transfer window, but he admits the Hoops may be forced to leave it late to make additions.

“We certainly need to add to the squad in a couple of areas and that’s what we want to do,” he said. “We want to identify those positions and try to get players in. It’s a bit early yet and obviously January is a difficult month to do business in but we will endeavour to do that.

“It could go right to the end of the month as it always does in these transfer windows.

“We’re not looking to sell anybody and we’re not encouraging any offers. There will be speculation, I’m sure there will be interest. But we’ve got a job to do here and the players want to stay and fulfil it.” 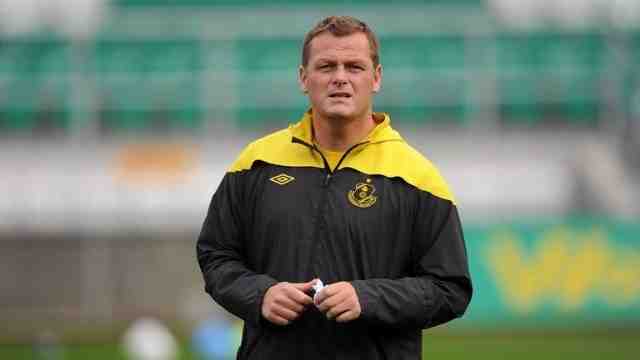