Barcelona's New, And Very Blue, Home Jersey For 2017/18 Has Been Leaked

We're deep into leaked new jersey season and they don't get much bigger than Barcelona in terms of worldwide sales.

You'll see kids (and adults) in 'MESSI 10' jerseys wherever you go in the world and it seems that regardless of the design or aesthetics it will sell by the millions, but it always helps if it does look good.

Barca took a detour for the norm during the 2015/16 when the club wore horizontal stripes rather than the vertical blue and red that they are famous for, but while the new jersey for the 2017/18 season is again using traditional stripes last this season, it is also out of the ordinary as it is features very thin red stripes and as a result is predominantly blue.

FootyHeadlines.com were among a number of sites to get their hands on the leaked plans for next season's Barca jersey. 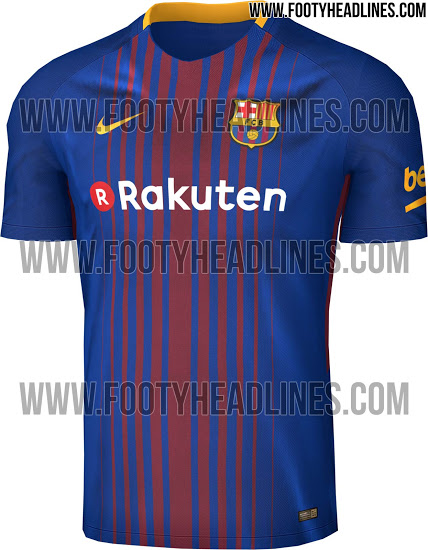 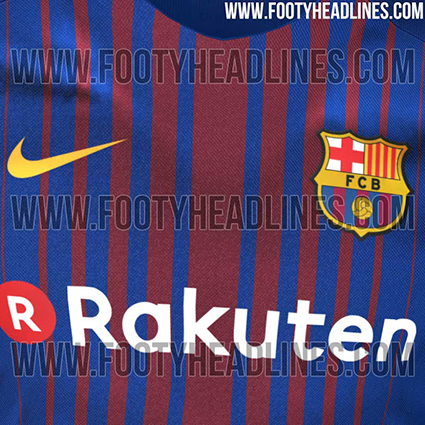 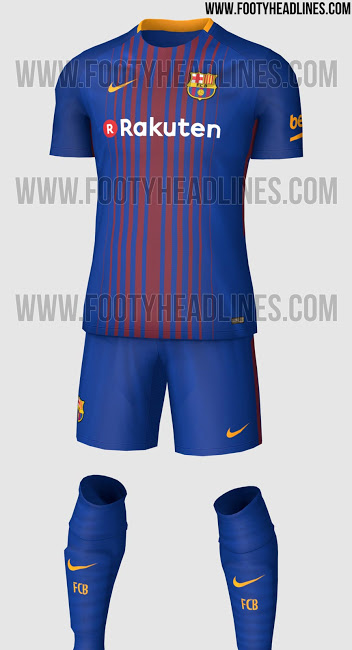 That's a lot of blue.

The jersey itself is very similar to two previous Barca jerseys, most notably the 12/13 home jersey: 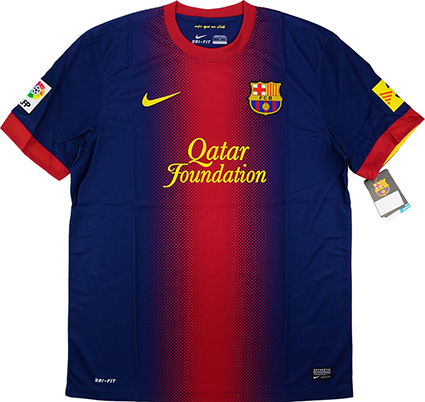 And there are also shades of the 11/12 jersey in there too with the thin stripes: 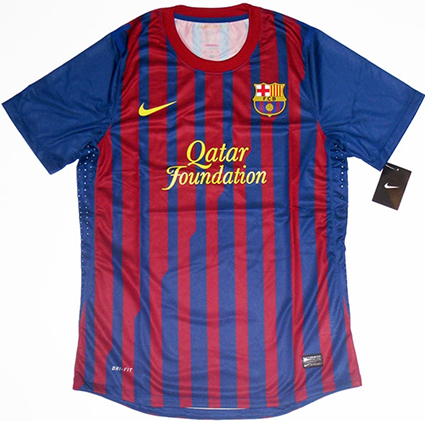 This is Barcelona's first season with Japanese e-commerce and online retail site Rakuten as the main shirt sponsor, which is sure to divide opinion as all sponsors on jerseys do.