No matter what happens over the coming season, it is unlikely we will witness anything to top the events at Anfield when Liverpool played Barcelona.

Even though Liverpool had performed relatively well in their 3-0 loss at the Camp Nou in their first leg, very few gave them any real chance of overturning that deficit. Their chances suffered a further blow when Mo Salah and Roberto Firmino were forced to miss out due to injury.

What would unfold over the 90 minutes on that night was remarkable. The hosts put the Spanish champions to the sword, completely dominating on their way to a well-deserved 4-0 victory.

As much as you had to admire Jurgen Klopp's side for their achievements, equal questions must also be asked of Barcelona. They completely wilted at the first sign of pressure, the second year on the spin they had done so in the Champions League.

They suffered an equally embarrassing collapse against Roma in the quarter final the season before, suggesting that there are some serious problems with the mentality of players at the club.

It is easy to wonder what the Barcelona dressing room would have been like after that one, but now we will have a fair idea.

Matchday: Inside FC Barcelona will air next month, with eight episodes following the Spanish side during eight pivotal games of the 2018/19 season.

One of those included is the trip to Anfield. You can see the trailer below, but we have picked out the few quick glimpses we are given of that Champions League tie.

We see the Barcelona bus arriving at Anfield amongst a sea of Liverpool supporters, with Philippe Coutinho looking on at the crowd that once adored him. 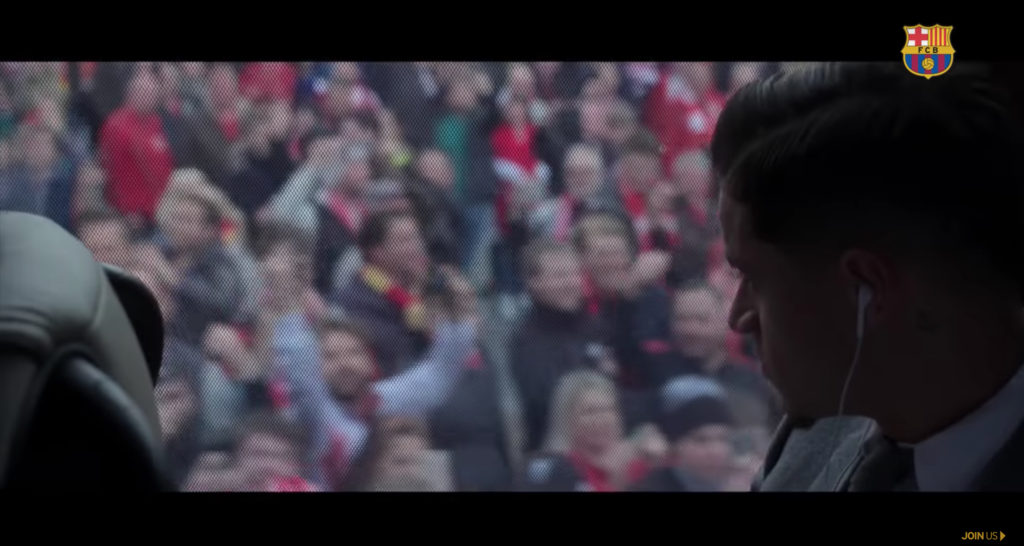 The Brazilian is once again the focus as we see Jordan Henderson jubilant after Liverpool completed the shock.

The only glimpse we are given of the inside of the dressing room is that of Coutinho, Ivan Rakitic and Sergio Busquets looking downtrodden after the game. 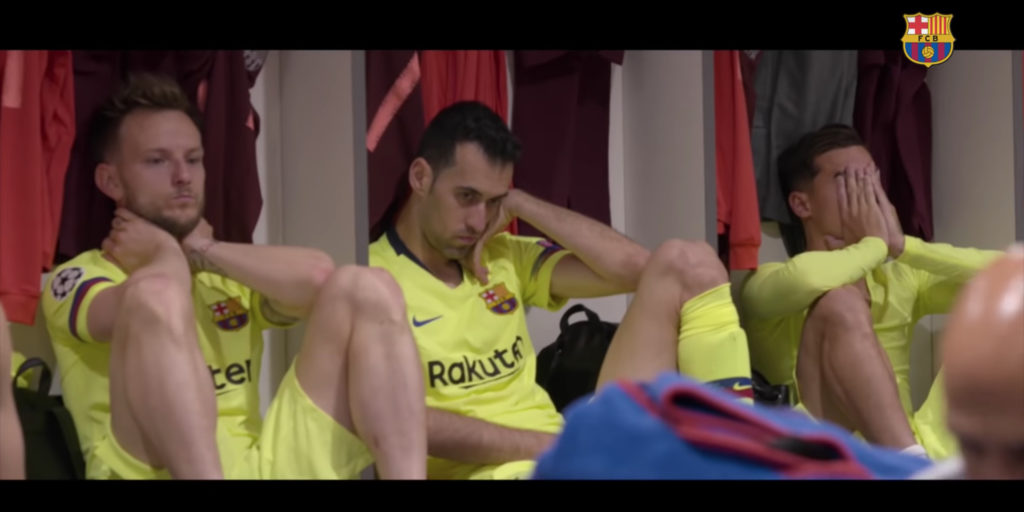 The series is narrated by John Malkovich and will air on Rakuten TV in November. Regardless of your club allegiances, this one looks like it could be a belter.

Football
2 months ago
By Gary Connaughton
Are Barcelona Set To Fall Foul To Wave Of Nostalgia Sweeping European Football?
6