Bayern Have Made Five Changes To Their Crest! It Looks Almost Exactly The Same

After Juventus royally botched it recently, Bayern have followed suit with a more refrained approach to changing their club crest.

So refrained, in fact, that it's genuinely difficult to distinguish the five changes they've made. 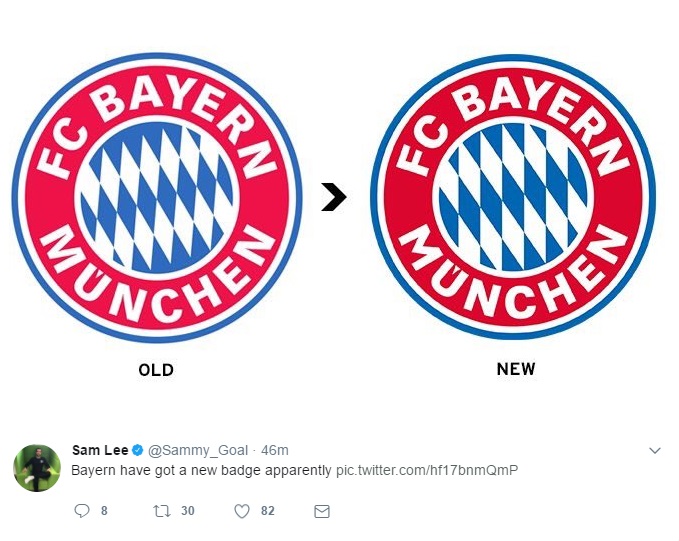 Daniel Nyari, however, has a keener eye than we do, and he's laid out the changes in his tweet below.

The crux of it is this:

1)The blue is darker.
2)The red is darker.
3)The 'M' is shorter.
4)The 'C' has been centralised.
5)The Bavarian lozenge has been moved by five degrees, and also evened out with an extra blue...thingamajig.

We can only hope Bayern didn't pay a 'brand expert' of some description to impose such revolutionary amendments to their iconic badge.

Although at least they realised less is more. Spare a thought for Juventus fans who are forced to sport a gawdy 'J' as their club crest henceforth.

SEE ALSO: Watch: Wolves' New Kit Launch Was Literally Out Of This World