Newcastle and their new owners are not waiting around, with reports already swirling of potential transfer moves for at least three Premier League stars.

The rumours also suggest that Steve Bruce is on his way out as Magpies manager - while one of the transfer moves would be great news for Irishman Nathan Collins if it materialises.

Report: Newcastle to move for United duo and Burnley star

Newcastle fans were ecstatic in midweek when the takeover of the club was confirmed by a Saudi Arabian consortium. Despite the very serious human rights concerns, the Newcastle contingent have already turned their minds to potential transfer targets.

Three reports this weekend suggest the club are already looking at their first acquisitions, and Man United duo Anthony Martial and Jesse Lingard are both options for the Toon Army.

25-year-old Martial has disappointed across the past two seasons at Man United, and fans are becoming increasingly frustrated by his inability to kick on from an impressive 2019-20 season. Off the back of his first goal of the season for Man United, Stretty News now report that Newcastle have made formal contact with both Martial's representatives and with Man United over a potential transfer.

Jesse Lingard is at a somewhat different stage of his career, having seen his form rejuvenated by a loan spell at West Ham last season. He has returned to Old Trafford in impressive form, and the Telegraph report that Lingard has been discussed as another potential signing at St. James' Park.

According to The Telegraph, James Tarkowski is one of Newcastle United's new owners' first targets.

Manchester United’s Jesse Lingard is also a target but they don't know whether he would like to sign for the club.

That same Telegraph report also suggests a more concrete move for Burnley captain James Tarkowski. England defender Tarkowski has been an ever-present at the heart of Burnley's defence in recent seasons, and has atttracted interest from most of the Premier League's biggest clubs.

A transfer for Tarkowski would be an important defensive move for Newcastle - but it could also be great news for Ireland centre back Nathan Collins.

Collins, who arrived at Turf Moor from Stoke during the summer, is currently vying for his place in the Burnley defence. Any departures would free up a starting space in central defence, with the young and exciting prospect of Collins likely to contend for said spot.

Newcastle United have joined Tottenham Hotspur in the race for Paris Saint-Germain striker Mauro Icardi, according to CalcioMercato.

It has been reported by the Italian news outlet that Newcastle are competing with Tottenham and Juventus for the signature of Icardi. pic.twitter.com/KbbDSKibIH

Another big name being linked with Newcastle is PSG striker Mauro Icardi. Newcastle face competition from Spurs for Icardi's signature, but Calcio Mercato report on Twitter that the new owners are indeed pursuing his signature.

In more not-so-surprising news, Steve Bruce is likely to depart Newcastle in the aftermath of the change in ownership. Bruce has run a steady but unspectacular ship in the north east in recent years, and fans have begun to lose patience with his time in charge.

The Daily Mirror have reported that two names are on the Toon's shortlist to replace Bruce, with former Roma manager Paulo Fonseca being added to the list in recent days. Rangers manager Steven Gerrard is also mentioned as part of Newcastle's managerial shortlist, with the former Liverpool man likely to leave Glasgow by the end of the season.

It is set to be a time of upheaval and change at Newcastle, and the new rumours around transfers will have excited fans - though we'd imagine they were hoping for Mbappé and Ramos rather than Lingard and Tarkowski. 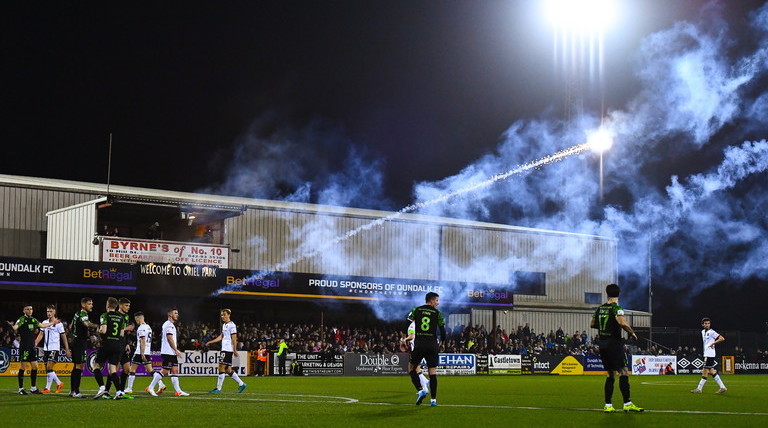 Football
4 months ago
By Gary Connaughton
Patrick Bamford Calls Out James Tarkowski For 'Jiu-Jitsu' Move In Burnley Draw
Popular on Balls
GAA
2 days ago
By PJ Browne
Insane Drama As Late TJ Reid Goal Sends Ballyhale Into All-Ireland Final
Rugby
1 day ago
By Colman Stanley
Yesterday Was Not The First Time Wayne Barnes Sent A Player Off For Getting Lippy
Rugby
22 hours ago
By Colman Stanley
Champions Cup Predictions And Permutations For The Irish Provinces
The Rewind
2 days ago
By Jonathan Byrne
The Definitive Ranking: Deli Items Ranked From Best To Worst