Chelsea manager Thomas Tuchel has refused to comment on his players' vaccination status after N'Golo Kanté was ruled out of his side's Champions League meeting with Juventus with COVID-19.

N'Golo Kanté was one of the starts of Chelsea's run to the Champions League crown last season, but he will miss this week's crucial away clash with Juventus after testing positive for COVID-19 earlier this week.

When quizzed about Kanté's absence, his manager Thomas Tuchel was also asked if the Frenchman was fully vaccinated. Tuchel declined to answer, and commented on his role as a football manager to protect his players' privacy.

It would be easy to say yes now and get maybe applause from a lot of people. But at the same time do I have the right to say it? I’m not so sure. I can make the decision for myself, and everybody else needs to reflect about it and take a risk or not.

I think it’s a serious question and vaccination seems to be a proper protection. I am vaccinated. But I don’t really see myself in a position to speak out proper recommendations. I think that would go too far.

I’m a football coach, I’m not a 100 per cent expert in this and I would leave it up to them. Everybody is adult enough and everybody lives in a free country, which is a good thing.

Of course we take actions and then are responsible for them. We don’t like to lose players. But we are not now angry with N’Golo. We are concerned about him, as we are with any injured players who get a kick in a game.

Kanté will be sorely missed in midfield, and will also sit out Chelsea's Premier League fixture against Southampton this weekend - and may miss France's fixtures during the international break.

At a time when sporting events are luckily able to continue with large crowds thanks to vaccinations, N'Golo Kanté's positive COVID test has kickstarted another debate about the vaccination status about many of the world's best players.

SEE ALSO: 'It Was Such A Strange Incident, Everyone Was A Bit Baffled' 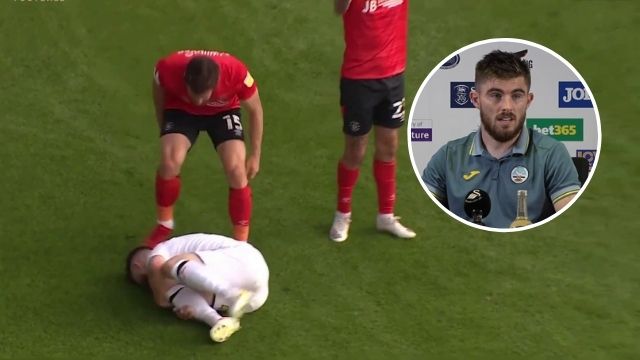