Chelsea took home the honours in Saturday night's all-English Champions League final, and it was the performance of midfielder N'Golo Kanté that brought the most praise from the BT Sport panel in the aftermath of the game.

Kanté was immense in midfield, not only stifling Man City's threat going forward, but also offering another option for Chelsea in attack. City only managed one shot on target across the 90 minutes, with a huge amount of that down to the man-of-the-match performance of their World Cup-winning Frenchman in midfield.

Joe Cole, who played in the 2008 final for Chelsea, was full of praise for Kanté, suggesting that he was in a different league to his French and Chelsea midfield predecessor, Claude Makelélé.

I'm staggered just watching him. I actually played against him, one of my last games, my legs were shattered. This lad came on and I looked at it him - he's about 4' tall - and I thought to myself, 'what does he do?'

I played with Maka [Claude Makelélé], who I thought was the best in that position, until I saw this kid. He's got Makelélé plus extras.

In the same way where a striker's got that instinct in front of goal, he's got that in midfield. That's what Man City lacked tonight - Pep had a massive gamble, no Rodri, no Fernandinho. Gundogan, Silva and Foden - who was in there - they couldn't read it. Kante was just on it, they drove from there - and that's how the game was.

Former Man City man Joleon Lescott also jumped on the Kanté bandwagon, remembering an occasion when he turned a game around for Leicester in their remarkable 2015-16 Premier League title winning campaign. The most striking moment of all of the post-match analysis came when Lescott championed Kanté as the greatest ever holding midfield player.

I played him at Villa, he changed the game. We were 2-0 up and he came on and I was like, 'okay', and he changed the game and they won 3-2 - that was the year they went on to win the league. They've had Makelélé, they've had Ramires, who was an exception - but this player...arguably the best in that position ever to have played.

Host Gary Lineker noted that the Frenchman has now "won everything" - a two-time Premier League champion, with a Champions League medal now added to his World Cup and Europa League silverware.

2008 winner Rio Ferdinand agreed with Lescott's suggestion that Kanté was the best in the world, and detailed just what it is about his style of play that makes him so effective.

He's got an innate ability...he just knows, he smells out where the ball is gonna be and all of a sudden he just turns up. He's so quick, he's so nimble and, as a player on the pitch, if you're playing, you don't know where he's coming from because he's so quick, he surprises you. He is the best, the most important midfielder, in terms of retrieving...in terms of making sure your team remains solid. He's the best for me.

N’Golo Kanté and his family.

The scenes were emotional at full-time, with Thomas Tuchel shown sharing a moment with his two young daughters, and most of the players were seen with their families. No Chelsea player quite earned it as much as Kanté did, though, and he deserves all the praise coming his way, after standing up to the challenge in the crucial stages of the competition.

N'Golo Kanté - the best in the world. You heard it here first. 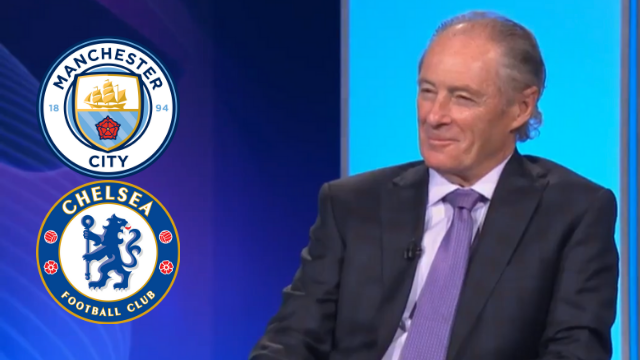 Football
1 day ago
By Colman Stanley
From Delivery Boy To Serie A: The Astonishing Rise Of Junior Messias
Football
5 days ago
By Eoin Harrington
The Permutations For The Final Champions League Group Matchday
Football
5 days ago
By Gary Connaughton
Watch: Thiago Alcantara Scores An Absolute Screamer Against Porto
Popular on Balls
Football
18 hours ago
By Jonathan Browne
Reports: Solskjaer's Coaching Staff To Stay On At Old Trafford As Rangnick Appointment Confirmed
Snooker
1 day ago
By PJ Browne
Shaun Murphy Apologises Over Timing Of 'Amateur' Comments
Snooker
20 hours ago
By PJ Browne
Selby Crashes Out Of UK Championship On Dramatic Respotted Black
33