The Champions League quarter-finals are the talk of the town for most of the footballing world tonight. On Virgin Media’s coverage, however, the topic of choice for pundits Keith Andrews and Niall Quinn was the Ireland team – and Quinn had a few opinions on the team selection.

Andrews is one of Stephen Kenny’s assistant coaches and was on the bench for the recent round of internationals against Serbia, Luxembourg and Qatar. He was even booked during the game against Qatar for being a touch too vocal on the sidelines.

Appearing as a pundit on Virgin's coverage of Man City v Borussia Dortmund, Andrews was discussing the qualifying losses to Serbia and Luxembourg and the following draw against Qatar. He suggested that senior players like Shane Long, James McClean and Robbie Brady should not expect to have spots put aside for them in the starting eleven.

“After that result against Luxembourg – we’ve all been in that situation, where we’ve had a terrible result and you want to put things right. We dusted ourselves down and we went again.

Quinn, who played at the 1990 and 2002 World Cups for Ireland, clearly fancies himself as a potential addition to Stephen Kenny’s backroom staff, as he gave Andrews some (questionable) tips on the team selection.

“I was brought up in an Irish mindset where it didn’t really matter what you did for your club, it was what you did when you got there. I would have thought, in the hour of need, that there were moments in those games that [Shane] Duffy – although he’s not playing well at his club – could have come and put it all behind him and been a leader on the pitch.

I know the first game had its moments and we looked good and it’s easy sitting here after the event, I admit that. But it’s a stretch too far without those players who bring a little bit more heart and experienced passion compared to the excitement of the younger players.”

Irish fans will be happy to hear that Andrews and the team around him are trying to create an environment where every player has to fight for their position, with no guarantees regardless of reputation.

Does Niall Quinn have a point, though? Could Ireland have done with the experience of Duffy, Long and McClean offered something different in the loss to Luxembourg in Dublin? It’s a debate that will rage on until the qualifiers in September against Portugal and Azerbaijan. 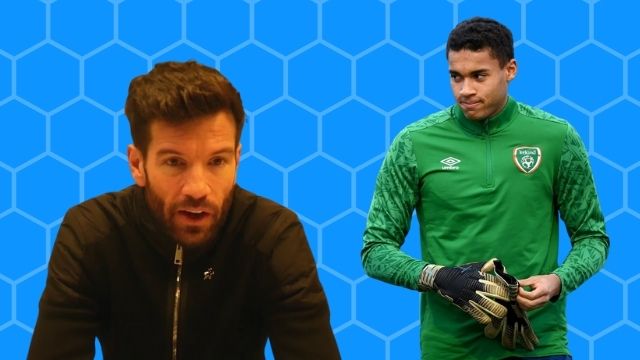