Republic of Ireland's Martin O'Neill has singled out a recommendation put to Roy Keane by his former Manchester United teammate Nicky Butt as being central to the recent emergence of Lee O'Connor as a figure in the country's senior set up.

Speaking ahead of tomorrow's UEFA Nations League tie with Denmark, O'Neill revealed how Butt had thought O'Connor to be a "very impressive" young player. 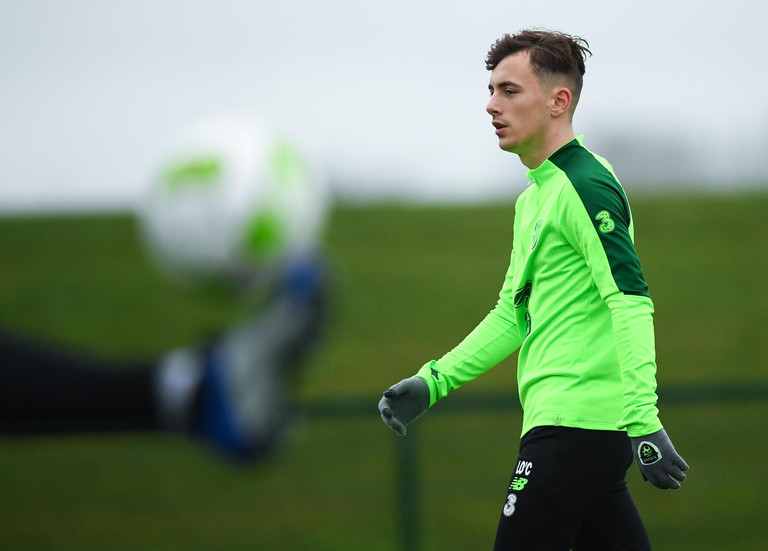 Moving to Manchester United shortly before his 16th birthday, Lee O'Connor has been under the tutelage of Butt since 2016.

Overseeing the United academy, Nicky Butt is clearly confident that the 18-year-old defender from Waterford is one to certainly look out for.

Martin O'Neill: Very impressive young lad as Nicky Butt said to Roy Keane about him. He is a quiet guy who has done very well indeed. I've been impressed with him as a person and as a player. I think he has a very bright future. It is a great experience for him. #COYBIG pic.twitter.com/5TO6FgmWrX

Kieran McKenna, a former academy coach with United recently brought into the senior set-up by Jose Mourinho, selected Lee O'Connor as one of his three nominees for United's prestigious Jimmy Murphy Young Player of the Year Award earlier this year.

Although the award for 2018 eventually went to Tahith Chong, that O'Connor was in the running goes someway to clarifying the esteem in which the young defender is held at the club.

Drafted into Martin O'Neill's senior squad for tomorrow's final UEFA Nations League tie against Denmark, he has yet to make an appearance at this level.