Celtic were the architects of their own downfall in the Old Firm as a Nir Bitton red card for a cynical rugby tackle on Alfredo Morelos was the catalyst for a Rangers victory.

Celtic dominated most of the game, thwarted continually in the first half by Rangers goalkeeper Allan McGregor. Both Odsonne Edouard and Leigh Griffiths were denied by the 38 year-old, who was making his 400th start for Rangers.

The second half was more even although Celtic did have more of the ball than their hosts, with Rangers unable to threaten the goal of Vasilis Barkas.

However, that all changed in the 62nd minute as a James Tavernier channel ball to Alfredo Morelos caused havoc in the Celtic defence for the first time in the match.

With Morelos goal-side, Nir Bitton decided to haul the Colombian international down before he got inside the box with tackle that Peter O'Mahoney would be proud of. Referee Bobby Madden had no hesitation in showing the Israeli international a straight red card.

"It's a ridiculous challenge - he knows exactly what he's doing!"

Celtic are down to 10-men as Nir Bitton is given a straight red card for this challenge! ?

With Celtic down to ten men, Rangers took the initiative and made use of their advantage in the 70th minute.

Again, the boot of Tavernier caused problems for the Celtic defence, this time from a corner. The right-back delivery was flicked on by Joe Aribo, with the ball hitting the unsuspecting Callum McGregor, who diverted past his own goalkeeper to give Rangers the lead.

Callum McGregor's own-goal puts the hosts ahead against Celtic!

As soon as Rangers went 1-0 up, they were comfortable, with Celtic unable to put pressure on their fiercest rivals.

There was one flashpoint caused by a strong challenge from Shane Duffy, who came onto the pitch in the aftermath of Bitton's dismissal. Bar that, the game petered out with Rangers fully in control.

Victory for Rangers has opened up a massive 19 point gap at the top of the SPL, although Celtic do have three games in hand on their Old Firm rivals.

Although not guaranteed, Rangers look increasingly likely to stop Celtic's pursuit of 10-in-a-row. 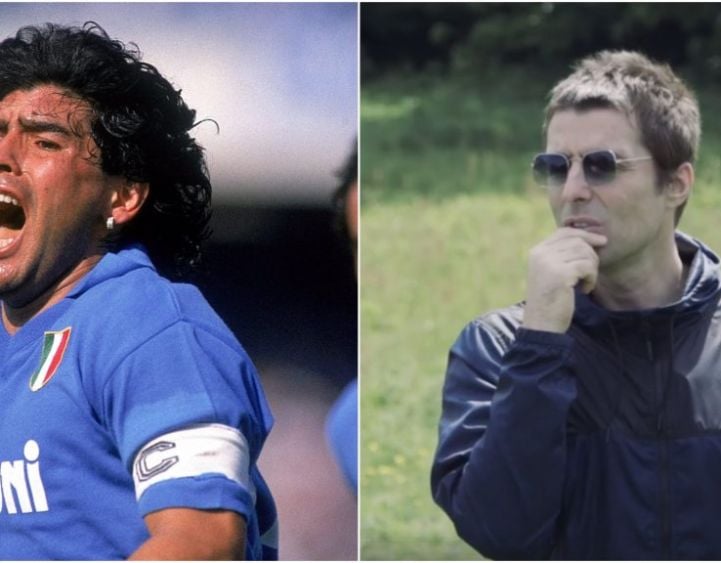 Football
3 days ago
By Gary Connaughton
Report: Celtic Eyeing Move For Experienced Premier League Goalkeeper
Football
6 days ago
By Gary Connaughton
The Unknown Ange Postecoglou Actually Has The Pedigree To Be Successful At Celtic
Football
2 weeks ago
By PJ Browne
Celtic Among Several Clubs Reportedly Eyeing Up Robbie Brady
Popular on Balls
Football
18 hours ago
By Emmet Bradshaw
Sadlier And Hamann Absolutely Nail Football's Backward Concussion Attitude After Pavard Collision
Football
19 hours ago
By Emmet Bradshaw
Keane And Vieira's Discussion On Pogba Was Summed Up By His Performance Against Germany