Shelbourne leapfrogged Peamount United on the final day of the Women's National League to unexpectedly claim the title.

Peamount went into their final match against Galway two points ahead of Shelbourne. When they went 2-0, it appeared they had all but secured the title. However, Galway roared back to win 5-2 while Shels beat Wexford 3-2 in their game.

That made Shelbourne manager Noel King and Peamount player Áine O'Gorman an interesting pairing on analysis for RTÉ's coverage of the Ireland U21's victory over Sweden on Tuesday evening.

Asked by Joanne Cantwell about the final day of action, King needlessly twisted the knife.

"It was certainly a surprise," said the former Ireland U21 manager.

"We were sitting on the bench, the game started, and we got word after four minutes that Peamount had scored.

"After 13 minutes Ciaran [King] turned to me again to say it was 2-0. So, that was the end of it. At that stage, we were just hoping that we could beat Wexford, and not finish third.

'How many goals was it Áine?'@shelsfc women's manager Noel King sailing close to the wind as he asks @peamountutd's Áine O'Gorman about Saturday's extraordinary finish to the @LoiWomen

O'Gorman - who finished as top scorer in this year's league - said she and her teammates are "still trying to process it and digest" not winning the title.

"Still in shock, I suppose," she added.

"We had two games to win the league. The nature of the way we lost it in the end was really disappointing. All we can do now is focus on next season, and use that as motivation."

Ranked: All Of Ireland's Players From The World Cup Qualifying Campaign 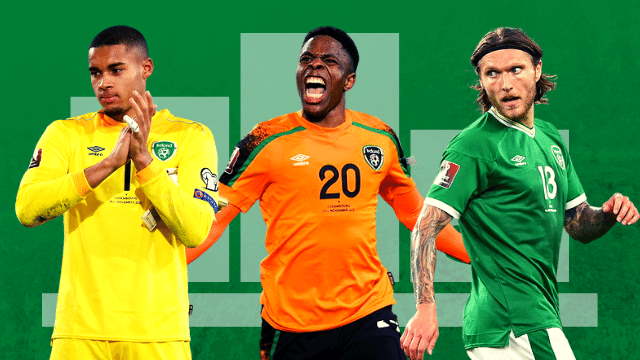