The 17-year-old centre-back first joined the club in 2018 and quickly progressed through the under-18 squad to the under-23 set-up. He has played six games with the development squad this season. 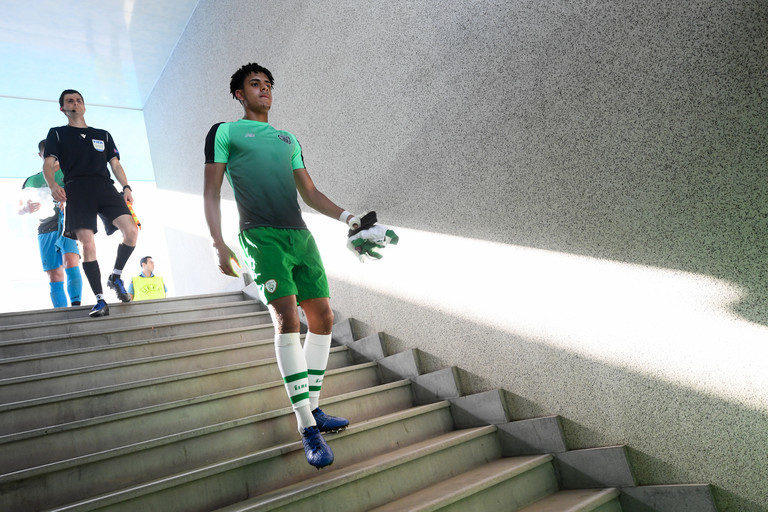 Speaking to the club website after putting pen to paper, the teenager said:

It’s an amazing feeling, it’s what I came to England to do, work hard and try get my first professional contract and it’s came so I’m very excited, ready to go again.

I definitely worked hard to be where I am. I don’t think age really matters, I think once you’re able to play at a level, age doesn’t change anything. I have been working really hard, trying to string performances together and all stuff surrounding that.

My future vision is to definitely be sat over there in the first-team canteen, with all the first-team boys, it’s my end goal right now. I’m really excited to get on this new adventure with my first professional contract.

Among the other Irish prospects at the club are Adam Idah, William Hondermarck, Simon Power and Josh Giurgi. Omobamidele played a key role for the under-17 international side at the European Championships held in Ireland last summer, and has since become a member of the under-19 squad under Tom Mohan.