An Ode To The Glory Of The 'Shithouse' Premier League Player

There was something almost iconic about Marko Arnautovic’s pantomime villain performance against Stoke last December. The Austrian trod around like a sadistically-power machine, spurred on by a jeering Bet365 Stadium and one brewing Mark Hughes. The then Stoke boss stood lurking on the sideline with an ominous glare, the epitome of a bulldog chewing a wasp.

That performance has propelled the West Ham striker on to 9 goals in 13 games, reveling in the lead striker role. There are numerous positive aspects that make Arnaoutovic the ideal lone striker in David Moyes side. He regularly leads the line with metres covered per game, his movement is outstanding and he is imposing with his back to goal. However, above all else, the 28-year-old is a brick shithouse of a striker. An elbow-wielding, back-nudging ball of irritation. A rogue.

Mark Hughes said “I think Marko hoped he’d be going to the next level....but that wasn’t the case” and called him a “f*cking ungrateful f*cker” against Stoke

Arnautovic when he scored today: taunts Mark Hughes whilst pointing at him and does the Hammers sign ⚒⚒⚒ pic.twitter.com/1WiAMl8Wm4

The football agitator is a unique breed. Where some recoil from the flames they revel in them. Misunderstood by rival fans as a brute, a 'shithouse', a savage. These are the players who thrive on the inevitable abuse directed at them, who the more you prod the better they become. The Premier League has been home to several iconic examples. From Luis Suárez to Diego Costa, this kind of monster has plundered the townsfolk villages and driven rival terraces dementated for generations.

Except they are not monsters, or at least not really. Players of this ilk are often at their most dangerous when provoked. Often it is only when first bitten that they give back. Diego Costa admitted as much prior to the 2014 clash with Manchester City.

The truth is I’m fairly relaxed but if City provoke me I’ll score against them.

Today Arnautovic is not carrying this mantle alone in England. Under Jose Mourinho, Ander Herrera has been transformed from a stylish number ten intent on delivering defense-splitting passes to a galling defensive midfielder intent on delivering Achilles-chipping tackles. From 'pass and move' to 'seek and destroy'. The development has been brutally effective, so much so that he was awarded the Sir Matt Busby Player of the Year last season. 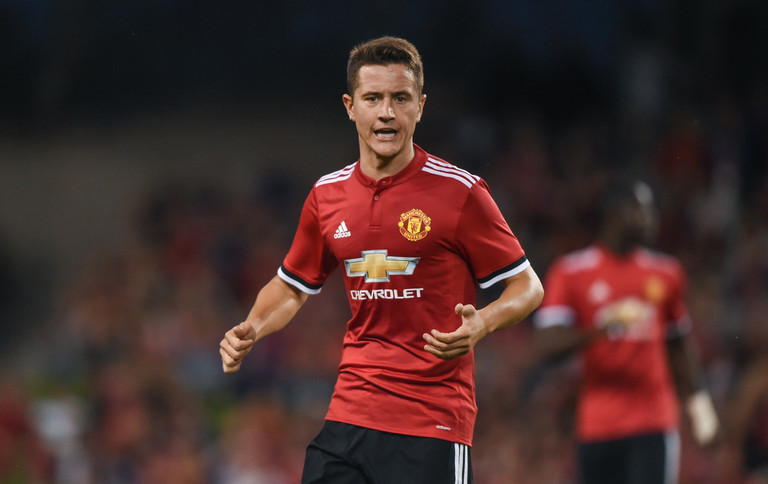 There is a duality in these antiheroes often overlooked. In order to fulfill it they must first perform their primary duty, i.e. get results. The alternative is a sort-of Lee Cattermole-esque production; not particularly useful but equally as maddening. A hassle for all concerned.

Beyond that, they fulfill an equally vital function for the opposition. The Scapegoat. Nothing galvanises a fan group more than one flare-up to fixate on and overlook other areas of weakness. In 2015, Chelsea exposed Arsenal's inability to defend set-pieces and vulnerability in the centre to stroll to a 2-0 win but the focus of Arsene Wenger and the Gunners fandom ire was one destructive Diego Costa, who spent the day prodding Koscielny before turning his attention to Gabriel. Several hissing and mutter-filled moments later the Arsenal centre-half was sent off for kicking out at Costa.

After the game Wenger claimed Costa should have received two red cards, such was the severity of his conduct. Arsenal's shortcomings were overlooked in favour of the more trivial but provocative behaviour of Mourinho's prodigal son.

There is a method to their madness. They may be non-conformists, outlaws, motivated by fear, destruction and irate football fans vigorously flipping them off but it is successful, and wouldn't football be such a dull atmosphere without them. So here is to the loveable figures of hate, the masters and orchestrators of organised chaos, the near-anarchists. Football's true glorious bastards.