Spurs have improved under Antonio Conte, but it probably has not happened at the rate the Italian would have hoped for.

While they do look closer to a possible top four finish since his arrival, it is fair to say that their performances have been far too inconsistent up to this point. That is especially true in recent games, bowing out of the Carabao Cup at the hands of Chelsea last night.

The two legs of that tie served a timely reminder of just how far Spurs are from competing against the top sides in the Premier League. Some major reinforcements will be needed in the months ahead, although whether they will be up to Conte's high standards remains to be seen.

Jamie O'Hara is worried that the manager could already be thinking about his future in North London.

Speaking on talkSPORT, the former Spurs midfielder said that he gets the sense that Conte is becoming increasingly disenchanted with life at the club.

I look at Antonio Conte, and I haven’t seen his interviews after tonight’s game, but the last few I’ve seen of him he looks defeated.

He’s not the same on the side as he was when he first came in. He looks like he’s lost the passion a little bit.

He’s looking at the side thinking ‘what chance have I got’. He’s having to play Doherty left wing-back again.

Daniel Levy, if he doesn’t buy and doesn’t bring in some top quality players then Antonio Conte will walk.

He will walk, I’m telling you. If Manchester United phoned him tomorrow and said ‘we want you’, he would seriously think about leaving.

Manchester United are most likely a non-runner for Conte, but it would not be a surprise to see him have some issues with the club in the near future.

The 52-year old is notoriously demanding in terms of what he requires from clubs, something that seems likely to lead to conflict with Daniel Levy.

The next couple of transfer windows will be crucial, but you can be sure that Conte will not accept anything less than the best from their recruitment department. 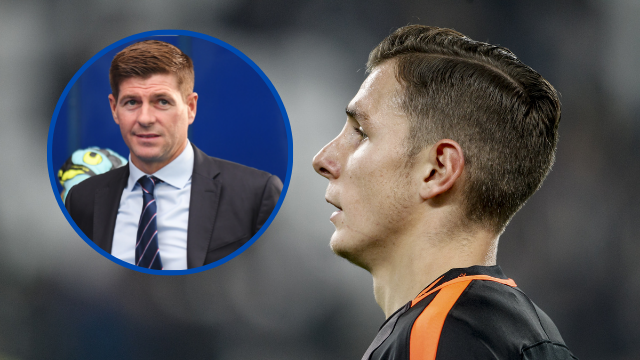 Football
2 weeks ago
By Gary Connaughton
Report: Manchester United Avoided Antonio Conte Due To Demands He Makes Of His Players
Football
1 month ago
By Gary Connaughton
Kerr Thinks Antonio Conte Would Be Delighted If Spurs Were Kicked Out Of Europa Conference League
Football
2 months ago
By Colman Stanley
These 2017 Conte Quotes About Spurs Make For Interesting Reading
Previous Next