It is clear to most observers that Ole Gunnar Solskjaer is not the man to return Manchester United to their former glories. In fact, it seems that the last party to realise this are the decision makers at the club who have been steadfast in their support of the Norwegian.

How much longer than can go on for has to be questioned.

Not only have the performances and results been well short of the mark in recent seasons, but the showing against Liverpool yesterday has to be a new low in the club's recent history.

When you consider how much Solksjaer has outspent Jurgen Klopp since he took charge, as well as the fact that he has had almost three years to craft this team in his image, the gulf in quality between the sides at Old Trafford was stark.

The tide is slowly beginning to turn against Solskjaer among the club's fan base. He is still loved by the supporters, although many are now starting to reluctantly admit that he is just not good enough to get the club to the very top table in domestic and European competition.

Having previously projected little doubt that the 48-year old is the man to lead United forward, it appears the club are now having some doubts of their own.

Samuel Luckhurst of the Manchester Evening News is reporting that Manchester United are considering sacking Ole Gunnar Solskjaer, a decision that could be made before Saturday's visit to Totteham.

The report suggests that the club's hierarchy are giving real consideration to firing the manager on the back of yesterday's performance, capping of what has been a shocking run of results in recent weeks.

In a separate report, Mark Ogden of ESPN also claimed that the United boss is beginning to lose the support of the dressing room.

It is suggested that a number of players in the squad are beginning to lose faith in Solskjaer after his repeated failure to fix the major issues in the team, most notably in the defence. It is said that only a small core of British players at the club remain steadfast in their support of the manager, as well as a handful of foreign players.

Others believe he simply does not have the experience or capability to get the team competing at the highest level.

All of this contributes to a marked change in tone around Solskjaer, where it had previously been said that he had the full support of both the squad and the club itself. The appearance of such noises at this stage is hardly a promising development for his future at Old Trafford.

Should Manchester United opt to move on, Antonio Conte and Zinedine Zidane are two of the names that have been linked, while it is has been claimed that Darren Fletcher could take charge of the team on an interim basis until a permanent solution has been found. 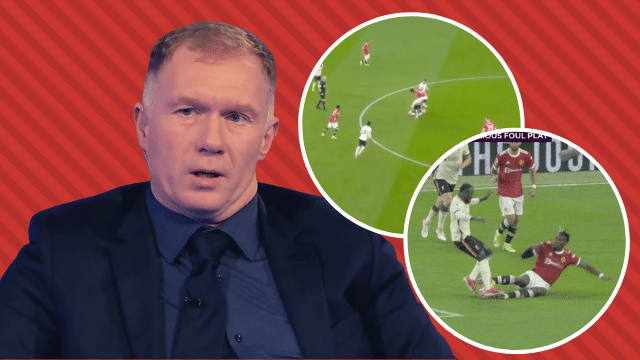