Solskjaer Bites Back At Jamie Carragher Criticism Ahead Of Atalanta Game

Ole Gunnar Solskjaer is no stranger to pressure as Manchester United manager, having gone through a few difficult spells since taking charge of the team.

However, something feels different about their current struggles.

While Solskjaer was given time to build his team over the last couple of seasons, expectations have now skyrocketed after yet another summer of heavy expenditure. It is clear they have a squad that should be capable of challenging both in the league and Champions League.

Performances so far in the campaign suggest they are well short of that standard, something many are blaming the manager for.

Speaking on Monday Night Football yesterday, Jamie Carragher said that both the United supporters and Solskjaer himself should know that he is not capable of competing with the top managers in the game.

What is his style? What does he do?

Solskjaer will not win a Premier League or a Champions League as Manchester United manager.

He is not at the level as Jurgen Klopp, Thomas Tuchel or Pep Guardiola, who have got years of experience and have won major trophies.

Ole hasn't got that. So where he's got them means he's done a really good job. But this team is a good team.

He knows himself as does every Manchester United fan, that he isn't at the same level as the other manager at the top of the Premier League.

🗣 "Ole will not win a league title or Champions League as Man United manager, he's not at the level of the other managers."@Carra23 says that Ole Gunnar Solskjaer has done a good job at Manchester United but feels he can't compete with the other top managers pic.twitter.com/VC2AhMIxk2

There seems to be plenty of evidence to support this argument.

Whereas the managers Carragher mentioned above immediately incorporated their preferred style of play after their respective appointments, Ole Gunnar Solskjaer seems no closer to doing so at United despite being in charge for almost three years.

However, Solskjaer disagrees that he does not put his stamp on the team.

Speaking ahead of tomorrow's crunch Champions League game against Atalanta, the 48-year old said he is not bothered by Carragher's comments. Despite this, he did admit that there is plenty of pressure on him at the moment after a poor run of results.

No it doesn't affect me. Of course you see comments once in a while, I didn't know what he was saying now.

Of course we have got Liverpool on Sunday as well, so Jamie is always looking at these little things.

I believe in myself and as long as the club believes in me, I am pretty sure Jamie Carragher's opinion is not going to change that...

You can see the progress, improvement, development and this season we still want to improve.

Yeah, we’ve signed some players that have raised expectations. Other teams have signed players and improved as well so we’re in the same boat as all the top teams. There’s pressure all the time.

There’s pressure on me, of course, but we’ve been through this before and we’ve come through it stronger as individuals and as a team.

Manchester United have lost four of their last seven games in all competitions, while another defeat against Atalanta would leave them in a perilous position in their Champions League group.

The club have previously failed to advance to the knockout stage in their two previous attempts under Solskjaer. 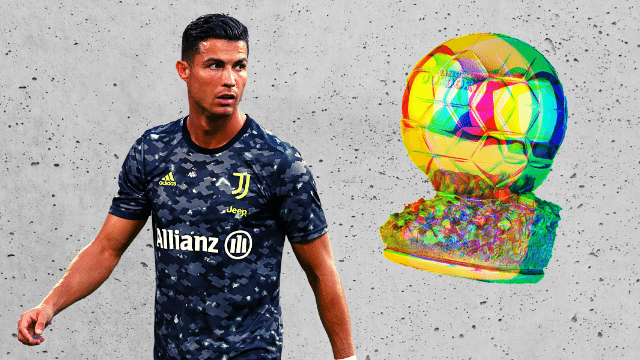 Football
21 hours ago
By Eoin Harrington
Quiz: Name Every Player To Score In A Champions League Final
Football
4 days ago
By Jonathan Browne
What Became Of The Great Monaco Team That Reached The 2004 Champions League Final
Football
5 days ago
By Gary Connaughton
Ralf Rangnick Sums Up Why Modern Football Is Dominated By German Coaches
Popular on Balls
Football
2 days ago
By Jonathan Byrne
Report: Festy Ebosele Attracting Interest From Bundesliga And Serie A
Football
8 hours ago
By PJ Browne
'If He Continues With Performances And Goals Like That, Stephen Kenny Will See It'
GAA
2 days ago
By PJ Browne
Army Gave Sue Ramsbottom No Time To Drown Sorrows After Laois All-Ireland Loss
Football
1 day ago
By Jonathan Byrne
Peter Crouch's Stories of Being David Ginola's Bootboy Are Comedy Gold