Reports: Ole Gunnar Solskjaer Will Be Sacked By Manchester United

The long-awaited news we have all been expecting appears to be happening tonight: Ole Gunnar Solskjaer will be sacked as manager of Man United, according to reports.

The news was broken late Saturday evening by Duncan Castles in the Times newspaper. Castles claims that the Norwegian has been dismissed. The reports were then backed up by other Manchester journalists.

Solskjaer to be sacked by #mufc. Story up soon.

Solskjaer was reportedly dismissed after an emergency meeting of the Man United board, after a shocking performance from his team in a 4-1 loss to Watford on Saturday afternoon.

For many, the last straw should have come almost a month ago, when Man United were embarrassed in a 5-0 home loss to their oldest rivals Liverpool. When a similarly dire home defeat to Man City didn't bring any action from the board, there were some who wondered what Solskjaer needed to do to be sacked.

Ultimately it was Saturday's defeat at Watford that appears to have provided the final nail in Solskjaer's coffin, with reports filing in during the evening kick-off between Liverpool and Arsenal that an emergency board meeting had been called at Old Trafford for 7pm on Saturday evening.

Final choice will be up to Joel Glazer. pic.twitter.com/3YZXL3PbYh

We await official confirmation from the club.

Solskjaer would leave United after just under three years in charge, in which he oversaw runs to second in the Premier League and to the Europa League final last year. The lack of silverware during his time in charge was a blot on his copybook and, as this season has progressed, Solskjaer has seemed increasingly unable to get the best out of his star-studded squad.

There are many who doubted whether Solskjaer should ever have been given the managerial job on a full-time basis in April 2019, after an unbeaten run ended with a dramatic win in Paris to knock PSG out of the Champions League.

Since then, it has been a case of United falling in and out of form under Solskjaer, and the poor performances in recent weeks left the board with no choice.

Attention will turn to who will replace the Norwegian in charge of Man United, with Zinedine Zidane heavily linked to the role in recent days, along with Ralf Rangnick and current Ajax manager Erik Ten Hag. 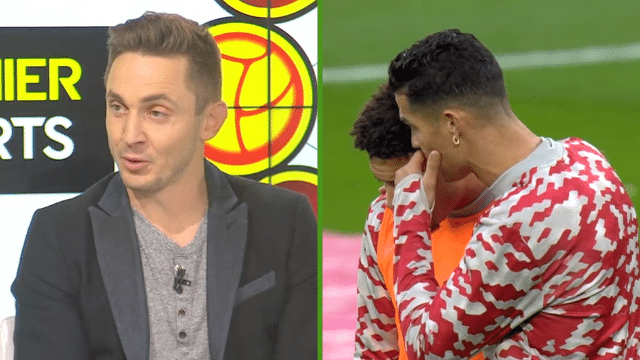