Manchester United fell to a shock defeat on day one of the Champions League against Young Boys - and RTÉ's punditry team had big questions of Ole Gunnar Solskjaer and his management of the game.

Kenny Cunningham and Richie Sadlier both slammed Solskjaer's substitutions - and they said they were "positive" he had been afraid of upsetting Cristiano Ronaldo by taking him off.

The game in Bern got off to a great start for Ole Gunnar Solskjaer and Man United, as his new signing Cristiano Ronaldo gave them an early lead - but a red card for Aaron Wan-Bissaka complicated matters for the United manager.

He was quick to take off Jadon Sancho for replacement right-back Diogo Dalot, but it was his other substitutions that Kenny Cunningham took issue with post-match. The former Ireland defender questioned why the static Cristiano Ronaldo was not withdrawn earlier for a forward who could inject more pace.

He had a big decision to make when Wan-Bissaka was sent off. He clearly had to get Dalot on the pitch and Sancho got sacrificed - I can understand that, Ronaldo or Bruno Fernandes isn't coming off with 36 minutes of the game played.

Half-time was the absolute key, though. When he changed the shape and went for the back three - back five and a narrow midfield three - that was no defensive shield, that midfield three. Bruno Fernandes and Pogba flanking, Fred who's having a difficult time anyway.

For me, Ronaldo should never have come on to the pitch in the second half. You put Jesse Lingard, pace, mobile, aggressive running - that's when you put him on the pitch. That was the key decision for me at half-time. He left it, almost keeping his fingers crossed, and that period of the game got away from them.

United's midfield has been the source of many question marks, despite their solid start to the season. The team lacks a world-class defensive midfielder, with Roy Keane among those pronouncing a lack of confidence in the likes of Fred and Scott McTominay.

Watch Inter v Real Madrid and all of Wednesday's Champions League games for free on the LiveScore app - available on Android here and on Apple here.

Richie Sadlier was also on RTÉ punditry duty and echoed the concerns about Man United's midfield, pointing out that Young Boys strolled through the middle of the pitch multiple times during the second-half.

There were so many times that Young Boys - without much creativity or clever thinking - got to the edge of Manchester United's area. At this point - it was four minutes after this [Young Boys' equaliser] that Solskjaer made the change to shore up midfield a little bit and to take off Ronaldo up front, but it was too little too late.

Ole Gunnar Solskjaer took off Ronaldo and brought on Lingard to change the game.

Lingard changed the game with a 95th minute assist.

Ole is a tactical genius 👏 pic.twitter.com/fc7CYmRg6w

It was the moment when Ronaldo finally was withdrawn with twenty minutes to go that drew the most intriguing comments from the duo.

The scenes as Ronaldo departed the pitch for Jesse Lingard, and was embraced by his manager, sparked speculation Solskjaer had been convinced to leave him on the pitch for longer than he would have preferred.

Kenny Cunningham slammed Solskjaer's management as "weak" in the aftermath of the decision to leave Ronaldo on the pitch.

Sadlier echoed his comments but drove home the point that, regardless of his motivation for leaving Ronaldo on the pitch, it was the wrong decision from the Norwegian.

We're sitting here speculating whether or not Solskjaer delayed doing that because he didn't want to put a front up against Ronaldo. Let's say it wasn't that, let's say Solskjaer made it purely for footballing reasons and he'd no hesitation whatsoever in giving Ronaldo the hook when he wanted it. It was just a poor footballing decision.

The defeat to Young Boys puts Ole Gunnar Solskjaer and Man United under unnecessary pressure in Group F, and they face a daunting second game against the team that defeated them in last year's Europa League final, Villarreal.

Solskjaer can only hope a home crowd can spur on Man United to a better result. 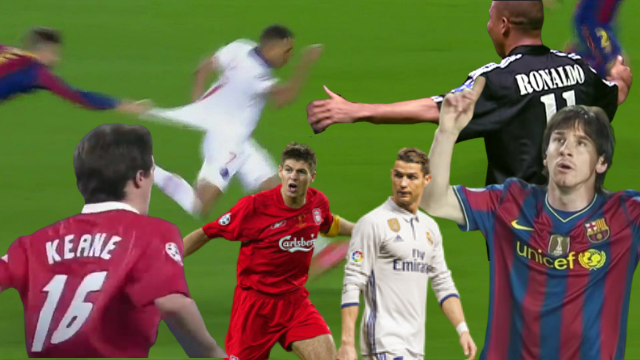