Ole Gunnar Solskjaer is once again under fire in the Man United hotseat, after a shocking 1-0 home loss to Aston Villa.

The late winner from Villa, coupled with a missed penalty from Bruno Fernandes, made it a disastrous Saturday at Old Trafford, and fans and rivals alike laid into Solskjaer in the aftermath of the game.

The Norwegian is approaching three years in charge this Christmas and, despite the acquisitions of Cristiano Ronaldo, Raphael Varane, and Jadon Sancho over the summer, this is now a third loss in four games for Solskjaer and United.

The team are already out of the EFL Cup and, though that may not be seen as a major issue for some fans, it is another chance for Solskjaer to win his first trophy that has disappeared.

After seeing his side creep through an away win at West Ham last week, Solskjaer watched his United look completely void of ideas against Villa.

The home side absolutely dominated, with nearly 60% possession and 28 shots, but they looked unable to create any meaningful chances, despite the runs of Ronaldo and Mason Greenwood up front.

For some United fans, the defeat to Villa - and the manner of the defeat, particularly - was a final straw when it comes to Solskjaer, who has divided the fanbase since taking over in December 2018.

After the game, #OleOut was once again trending on Twitter. Though some fans were more measured, we were hard pressed to find a single Man United fan defending Solskjaer in the aftermath of yet another disappointing result at home.

You got Cristiano, Bruno, Pogba, Cavani, Verane, De Gea and AWB and still unable to do what is required? then you are the problem

You can’t counter attack forever. And you can’t rely on individual moments of magic forever. Have to start playing as a collective unit.

Not having a DM is not an excuse for such performances. No squad is absolutely perfect. This squad clearly has the capability of doing better.

The manager has to take responsibility.

Sounds deserved for Villa. United haven’t really been that great since that spell in the second half against Leeds. Solskjaer’s going to take some serious flak - standard - but you wonder if he could be in actual trouble with the games coming soon. Can’t risk falling away early

Villa deserve that. Totally on Ole and his McFred obssession. You can't keep grinding out results with players who aren't good enough

I feel sorry for Ole tbh but this was always going to happen - he built a squad capable of winning trophies and now his flaws are being exposed for all to see. He’d be a brilliant director for the club in the future but as a coach simply not good enough for United sadly. #MUFC

Many fans were keen to point out that Man United's progress over the past few years has been largely down to the influence of Solskjaer, but many fans seemed to suggest that the defeat to Villa proves he cannot take the team any further than he already has.

His post-match interview also came under fire, as he immediately made some bizarre claims about the refereeing during the game.

Solskjær on Aston Vila's goal: "Obviously disappointed because it's an offside, the goal. Unfortunate to have that decision against you." #mulive [@footballdaily]pic.twitter.com/7pNh8tmPgs

Solskjaer on Sky just saying the goal was offside. Am I missing something here?!

Ole in the Post match interviews after being beat 2 games in a row at home to bottom 10 teams pic.twitter.com/3FU8tTdAsn

only thing worse than the performance is the ole interview lol.

Another issue many fans took was the decision to allow Bruno Fernandes to take the 93rd minute penalty which could have handed United a point from the game. Despite Fernandes' excellent penalty taking record, most would have expected Cristiano Ronaldo to step up, given his reputation as a match-winner and penalty taker himself.

The fact that Solskjaer had commented the day before the game on Man United's hard luck with penalties was a rather unfortunate coincidence that brought smiles to rival faces.

Interesting to see if Bruno self-nominated to take it or the coaching staff told him to. Cause Ole had said in a prev interview that the staff would indicate. If so, they’ve got another one wrong. FFS Ronaldo is made for pressure penalties!!#MUFC

Says this, gets a penalty in the last minute and Bruno Fernandes skies it.. beautiful 🤌🏽🤣 https://t.co/qqo0KAmSyT

The bad news for Man United - and particularly for Solskjaer - is that the games come thick and fast, and they only get tougher from here. A start to the season that saw United play Newcastle, Southampton, and Aston Villa in the opening weeks would have been seen as an opportunity by many to get points on the board ahead of a tricky run of fixtures.

They now look ahead to a run of twelve games that includes two Champions League nights against their Europa League final conquerors Villarreal, and clashes with Liverpool, Man City, Chelsea, and Spurs.

OGS will be under extreme scrutiny during this.

The Champions League has been a major issue for Solskjaer since taking over, and he has lost seven of the eleven games he has managed in that competition, including an opening day defeat to Young Boys just two weeks ago.

His management came under fire in the aftermath of that game and, despite United still sitting in a decent position in the table, this Wednesday's game against Villarreal feels must-win for the Norwegian.

It's just as well two of his best players won't be missing through injury...

🗣 Solskjær on Shaw and Maguire: "At the moment they don't look ok for Wednesday but let's see." [BBC]

Things have very quickly turned from hopeful to hopeless for Solskjaer this season at Man United, and defeat to Aston Villa has piled the pressure on him once more. Time will tell whether he will survive the season. 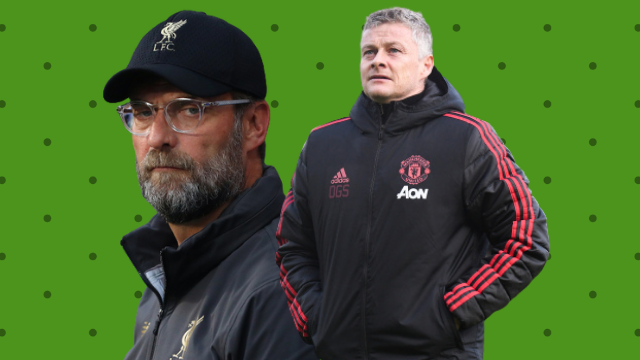