Opinion: Forget About 2014, This Liverpool Team Buried Those Demons Long Ago

In the buildup to today's massive Premier League clash with between Liverpool and Chelsea, the narrative was dominated by one of the most infamous games in Premier League history. I am of course talking about the clash between the two sides five years ago, the one now known as the game in which Steven Gerrard's slip handed Manchester City the title.

Liverpool entered that one needing seven points from their final three games to guarantee the league title would return to Anfield for the first time since 1990. The atmosphere in the stadium that day was palpable, a mix of excitement and angst from an expectant Liverpool crowd.

Jose Mourinho arrived on Merseyside that day with the stated goal of spoiling the Liverpool party, and he would do so in typical style. The time wasting began from the very first minute of the game, something that was Mourinho's plan all along.

The slip may have been at the epicentre of the events that day, but it was far from the only problem that was present. In truth, it all just became too much for that Liverpool team. With the title within their grasp, they crumbled.

The nervousness and sense of needless urgency from the crowd, mixed with an inexperienced and mentally frail squad and management team meant it was a team not ready to win major honours. 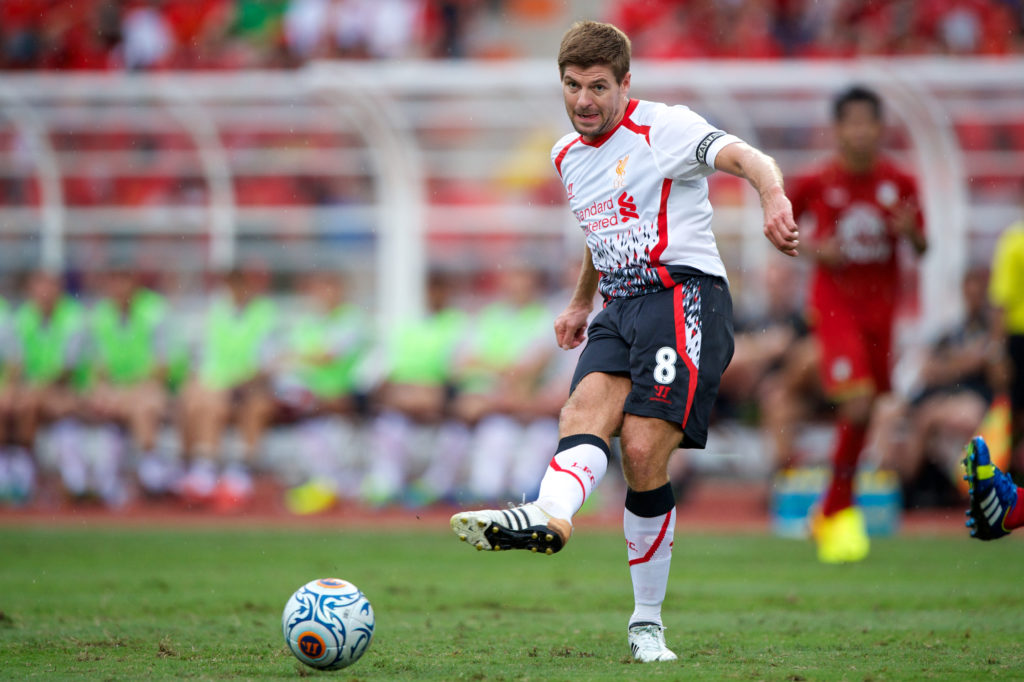 Five years on, and the current iteration of Liverpool could hardly be any more different.

The teams involved in this title race may be the same as those involved half a decade ago, but it is in name only. In truth, neither are recognisable to what we seen back then.

Manchester City may have some of the same personnel, but they are a completely different outfit. They were far from the dominant and seemingly all encompassing side we have grown accustomed to watching over the past 18 months. Under Pep Guardiola, they have become the type of dominant outfit the Premier League has not seen in some time.

All of that makes what this Liverpool team has accomplished all the more impressive.

While today's game against Chelsea was not quite as close to the season's finish line as it was five years ago,  you could argue it was just as important. And yet, the two games were not really comparable at all.

All of that comes down to the composition of the current Liverpool side. The difference Jurgen Klopp has made at Anfield is remarkable. It may have taken a few years, but he has assembled a side that is built to win titles. Whereas mental frailties and overeagerness plagued The Reds five years ago, there is no evidence that will be a problem this time around. 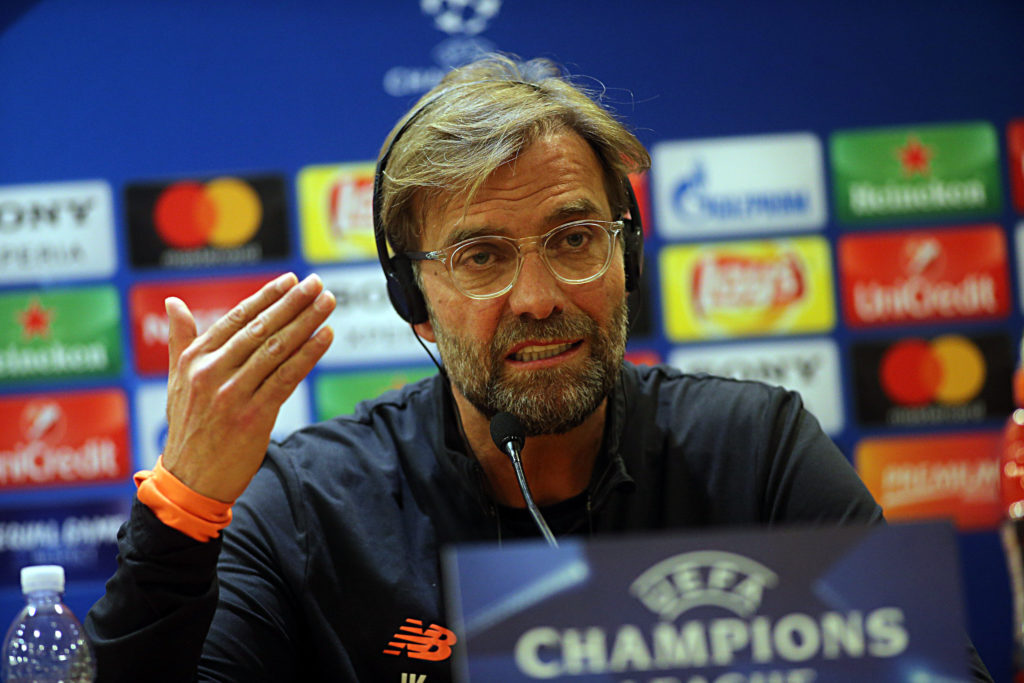 Liverpool dominated today. The Sadio Mané and Mo Salah goals in the second half were fully deserved, and both were a sign of real quality.  It could have been so easy to panic having entered halftime at 0-0 and not playing their best, and five years ago they would have. We seen it happen.

Instead, they emerged energised, quick, incisive, but never rushed. They blitzed Chelsea in the second period, scoring two goals in the space of two minutes without giving the visitors the chance to react. This is a mentally strong Liverpool team, and that spread to the crowd too.

While they were loud and passionate, they were not at fever pitch like they were in the last title race. Whereas that run was met with excitement and disbelief, that has been replaced with a sense of belonging. They trust the players and the manager to get the job done, no matter how anxious they may have been themselves.

That belief has been built over the past few months with a number of vital late goals. Today wasn't quite so dramatic, but the Liverpool players, nor fans, never gave any sense of panic. When Chelsea got a couple of chances, they did not buckle like they may have done in the past.

There are world class players in this team, both in terms of quality and metal strength. They may not have won anything as a collective yet, but they feel like a group of winners. They have a manager of a very similar ilk. He has assembled a squad that is his mirror image on the pitch, encapsulating all of the qualities he wants in his teams. 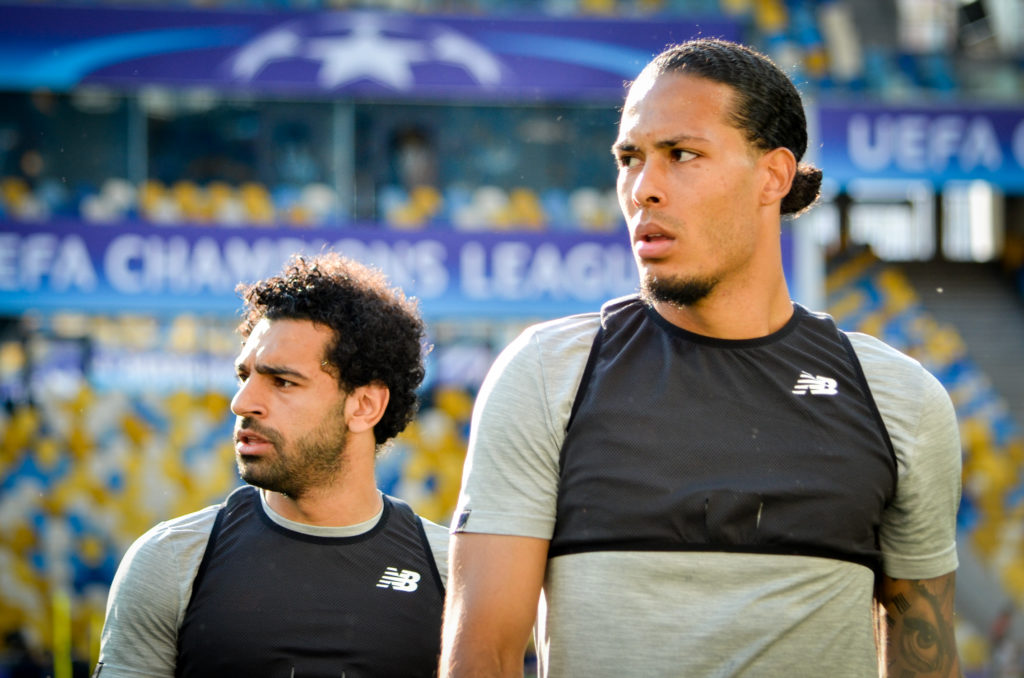 Forget about 2014, this is a completely different outfit. Those demons are long gone.

As we enter the final stretch, it is almost impossible to call who will win the title. If Liverpool fail to win their first league title in 29 years, we will inevitably hear the label of 'bottlers' being bandied about. Nothing could be further from the truth.

If Liverpool do ultimately come up short, it will be because of a historically strong Manchester City team. Mental frailty will have nothing to do with it, they are not going to let it slip. Whereas the Liverpool team of 2013/14 would fall apart after their failed title tilt, you get the feeling that this is a squad that is built to last.