It's been a massively depressing day for the families of the ninety-six victims of the Hillsborough disaster.  Two former police officers and a retired solicitor had been accused of perverting the course of justice by altering statements 'to mask police failings' which contributed to the deaths of 96 people. But today a judge in the UK ruled that the three men had no case to answer to, and acquitted them.

A judge has stopped the final Hillsborough trial before it goes to a jury meaning although 96 people were ruled to be Unlawfully Killed no-one of any note has been dealt with by the law. There will be no appeal.

It is with huge disappointment that Liverpool Football Club notes the latest developments in the judicial process relating to the Hillsborough disaster.

The 96 will never be forgotten.

On BBC 5 Live today, Adrian Chiles interviewed Jonathan Goldberg QC, a lawyer for Peter Metcalf,  the acquitted retired solicitor. In discussing his experience with trying the case, Goldberg called the behaviour of Liverpool fans 'perfectly appalling'. On what has been an immensely distressing day for the families of the 96, it was highly disappointing to hear long-disproven myths regarding the behaviour of Liverpool supporters being bandied about on the BBC's airwaves, without rebuttal.

You can listen it below:

Jonathan Goldberg peddling UTTER LIES to Adrian Chiles who just lets the lies play out. You wonder why we’ve bothered all this with “help” like this from supposedly trusted broadcasters. pic.twitter.com/g2fFQr1ZVN

Of course my client is accused of covering up criticism of the police. What he in fact did was cut out criticism of the Liverpool fans, whose behaviour was perfectly appalling on the day, causing a riot that led to the gates having to be opened, that unfortunately let in the people who crushed to death, the innocents as they were, the complete innocents, who were at the front of the pens, who had arrived early, and were not drunk and were behaving perfectly well.

Chiles, a very experienced journalist and former football presenter, lets Goldberg finish his point and decided not to refute what was said. In 2016, the Hillsborough inquest found that fan behaviour had nothing to do with the terrible events that day. The notion that drunken Liverpool fans were to blame for Hillsborough is one of the most heinous misconceptions about the tragedy.

Before the programme ended, Chiles issued a clarification:

During the course of that interview, Jonathan Goldberg actually said the behaviour of some Liverpool fans on that day was 'perfectly appalling'. Many of you have been reacting to this. I should have pulled him up as he said it. That's essentially is a myth that's been debunked.

He went on to read some texts from irate listeners. The anger was shared on social media.

Shame on @bbcradio5live and Adrian Chiles for once again letting lies against the dead and survivors of Hillsborough be spun after 32 years.
The inquests jury concluded in 2016, after the longest case ever, that no misbehaviour by Liverpool fans contributed to the disaster. https://t.co/m9tYCxd7Mz

Adrian Chiles... are you aware that the lies peddled about Hillsborough by a QC on your show today were debunked by the Hillsborough Independent Panel in 2012, and rejected by the jury at the 2014-16 inquests? SYP even admitted after the Panel report that they were lies

Today's ruling means that only one person has been found guilty by a court of law for what happened that day in 1989. If justice can't be done, in the very least, the very worst myths of Hillsborough should no longer be spouted on trusted media platforms.

SEE ALSO: Liverpool's Heroes From Istanbul: Where Are They Now? 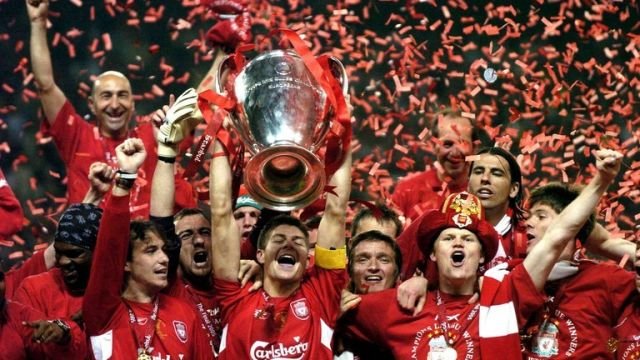